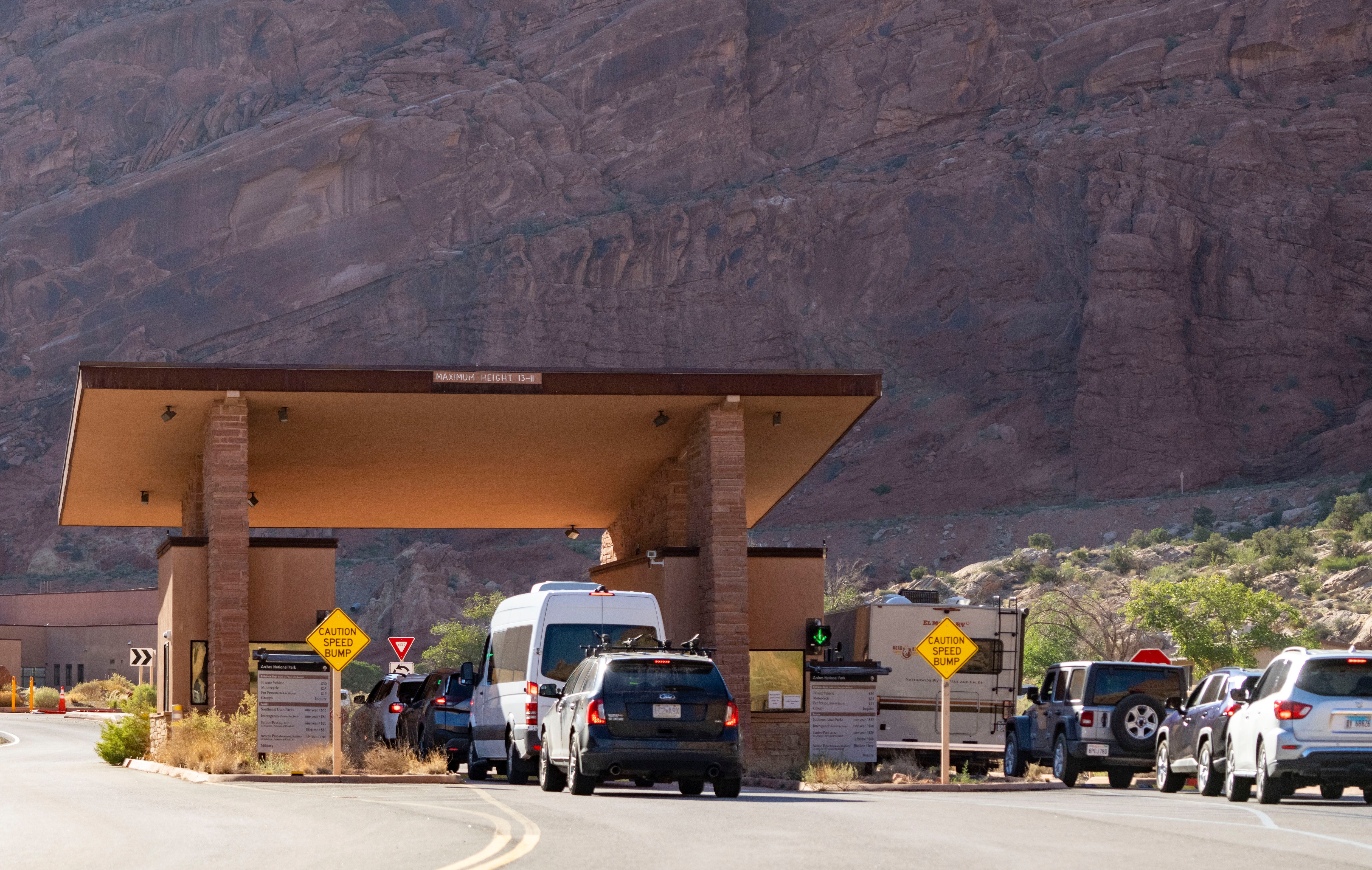 Those planning to visit Arches National Park after Monday should “pack their patience,” according to a park spokesman.

That means visitors can expect long lines at the park entrance starting Tuesday as Arches reverts to its earlier first-come, first-served approach, as people tend to arrive around the same time, spokeswoman Kaitlyn Thomas said.

Under the scheme, rather than people arriving at their convenience — and the park being forced to periodically close when it reached capacity throughout the day — visitors had to book a ticket to enter the park at a specific time.

Thomas said that during the pilot, about 2,700 tiered tickets were available each day based on the average number of vehicles entering the park in 2019.

Officials have not yet begun to analyze the data from the pilot program in depth, but early indicators show that it has helped meet some of the park’s goals. It may also have contributed to an overall drop in attendance, Thomas said, although it’s unclear what role the ticketing system played, as attendance has also fallen at other parks this year.

“We think it probably made a small contribution, but that there were other factors — other socioeconomic factors outside of timed entry — that also reduced visits,” she said.

Thomas said officials will decide in late fall whether to adjust the park’s entry system for the upcoming busy season after looking at data from the pilot program, reviewing visitor feedback and meeting with locals. Aside from timed admission tickets, she said the park could explore other options, such as requiring permits for popular hikes.

In the meantime, visitors should expect three to five hour waits to get into the park during peak hours, as well as crowded hiking trails and parking lots. You can check the parking conditions at nps.gov/arch/planyourvisit/conditions.htm.

In addition to patience, officials urged visitors to remember to pack plenty of water and snacks, and to wear sturdy shoes and sunscreen.