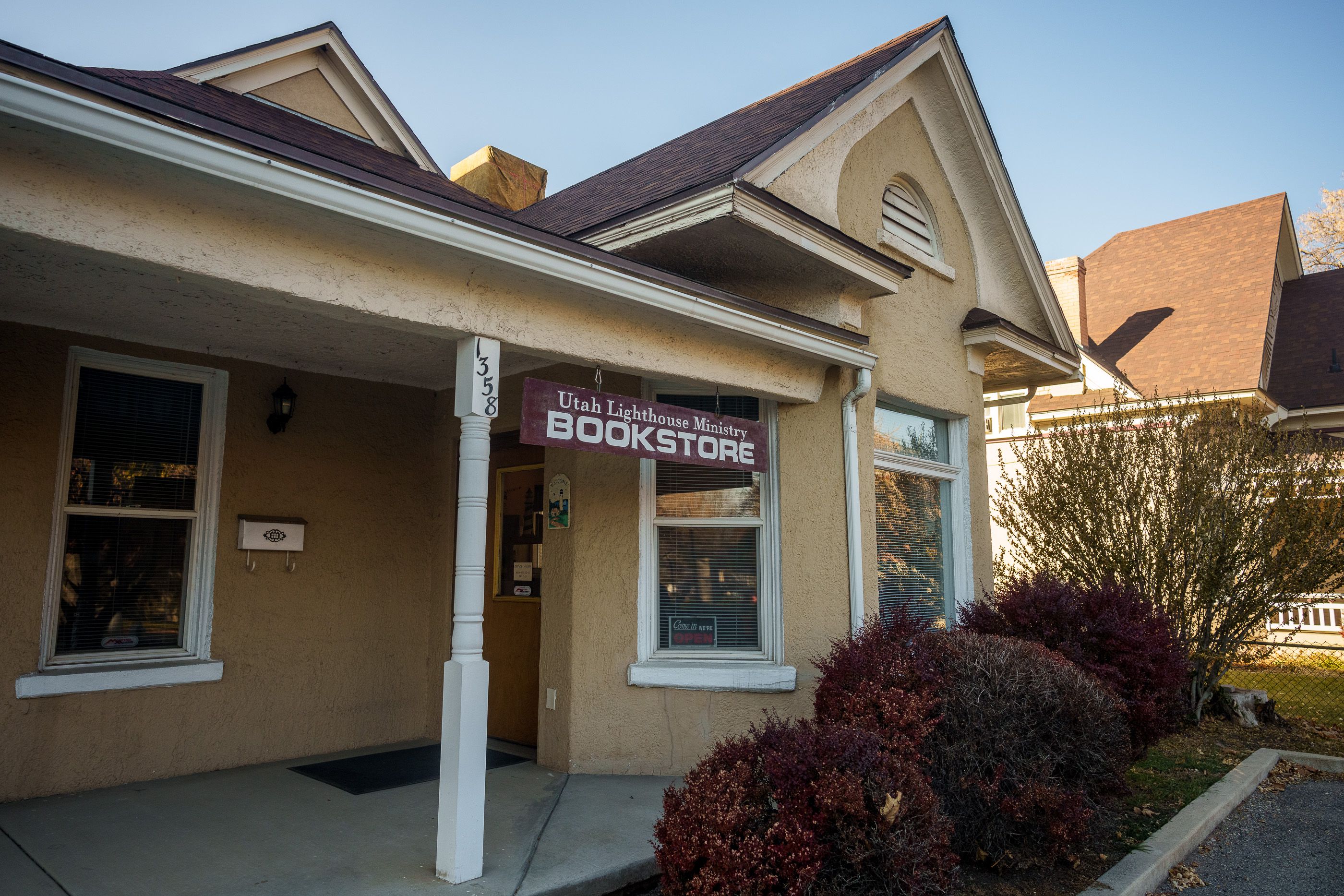 A bookstore in Salt Lake City that served as a hub for opposition to The Church of Jesus Christ of Latter-day Saints before the Internet came, will close next year to make way for new developments.

While the buildings that housed her life’s work bring with them a sense of nostalgia, the matriarch of modern-era anti-Mormonism doesn’t seem too torn about moving on.

Sandra Tanner left her 119-year-old home in the Ballpark neighborhood last summer after getting fed up with crime. In May, the 81-year-old sold both her home and the building next door that housed her Utah Lighthouse Ministry bookstore.

“It was like, ‘OK, I’m done.’ I’ve struggled with this for years,” Tanner said. “It’s only gotten worse, and it didn’t look like a fix was coming.”

The Utah Lighthouse Ministry will close on March 1, and Tanner has no plans to reopen anywhere else.

When her bookstore and old house are eventually leveled — and the proposed homes and businesses are built in their place — a decades-long history of harsh criticism of Utah’s dominant beliefs will be in ruins.

Convinced opponents of the LDS Church

Beginning in the 1960s, Tanner and her husband Jerald Tanner, who died in 2006, began exposing what they believed to be lies, distortions, and discrepancies in the history and teachings of The Church of Jesus Christ of Latter-day Saints.

Constant feuds with the church brought the Tanners notoriety—or disgrace, depending on your point of view.

In a 2006 profile, now-retired Brigham Young University professor Daniel Peterson said that the Tanners “have been the most successful opponents of the Church year after year.”

It’s not meant as a compliment, he added.

In 1963, the couple published Mormonism: Shadow or Reality?. and soon they began photocopying some of the hard-to-find documents of faith and selling them from their home near 1300 South and West Temple.

“When we bought the house in West Temple,” Tanner said, “we had a specific purpose in having a little bookstore in our living room, which we’ve done for years.”

The couple—both former Latter-day Saints—directed the Utah Lighthouse Ministry from the living room of their home until the 1990s, when they moved operations next door.

Over the years, they have recorded nearly 4,000 changes in the Church’s signature scripture, the Book of Mormon, from the 1830 version to the present text.

The bookstore became something of a magnet for former or inquiring Latter-day Saints and young historians eager to take a look at the original documents. It also attracted a revolving door of reporters and television crews covering stories about the more delicate chapters in the church’s history and theology.

“We had the New York Times and the LA Times, all of which came through our bookstore over the years,” Tanner said. “So it was quite a Grand Central Station experience living in this neighborhood.”

At some point, Tanner said, life at West Temple no longer felt safe. The last straw fell two years ago when a bang in the night woke her up.

“I went upstairs to check and ran right into the burglar who just ran out the door with my computer, purse, all my credit cards and passport.”

If it wasn’t the confrontation with a burglar in her own house, it was the alleyway full of tents, the mountains of rubbish, or the drug deals and sex workers in the stairwell behind her ministry building that drove her to the suburban Willows of Sandy.

“It was just a scary time,” she said. “And I’m older. I mean, at 81 I thought it was time to retire anyway, but it certainly forced me to leave the neighborhood to have all this criminal activity.”

This year, the city opened a police substation near Smith’s Ballpark, and law enforcement officials say a focused crime prevention approach is working in the area.

Tanner considered closing the shop and moving out after her husband died, but she kept the shop going because the thought of moving was too daunting.

“It finally got to me that it’s time to move out and retire,” she said. “As an old person living alone, I couldn’t cope with that at all.”

Salt Lake City has big plans for the area around Tanner’s old house and bookstore. In October, the city council approved an ambitious vision to guide development and turn the neighborhood into an entertainment destination with a festival street.

David Amott, executive director of Preservation Utah, is hardly surprised that the old Tanner house and the ministry building are up for redevelopment, given their location and the fact that they are not integrated into a neighborhood of similar houses.

The buildings, he said, offer a glimpse into the past of a neighborhood that is fast disappearing.

“The fact that they’re there gives the impression that the neighborhood has its own history,” Amott said. “It’s not just parking lots and big ballparks and warehouses.”

If anyone gets Tanner’s frustration with crime, it’s Ballpark Community Council chairwoman Amy J. Hawkins, one of the most adamant voices urging city leaders to do more to stop it.

She said more homes could be beneficial for residents looking to move to the area, but are unlikely to do much to help the people who already call the neighborhood home.

“Will these apartments make the people who already live here safer?” Hawkins said. “I don’t see any convincing evidence for that.”

Hawkins said the prospect of losing Tanner’s home to redevelopment was unfortunate because there weren’t many buildings in the neighborhood from that period in such good condition. Tanner’s old house was built in 1903 and the bookstore in 1897.

Tanner itself carries historical significance, Hawkins said, adding those buildings could be spared if they were elsewhere.

“If this property was a mile or two east,” she said, “we might not be having this conversation.”

Tanner said she sold the properties to Sattar Tabriz this year after he spent about a decade buying them.

She continues to operate the Utah Lighthouse Ministry on a lease, but wants out as long as she knows she is able to oversee the move. She will hand over the keys in May.

It’s a shame to know the houses face certain death, she said, but she doesn’t think they’re historically significant enough to spend the money it would take to save them.

“Aside from the fact that if you just think the Utah Lighthouse bookstore is that unusual,” she said, “you want to do something about it.”

Sure, Tanner thinks the large mixed-use building set to replace the two lots is a bit much for the narrow stretch of West Temple south of 1300 South, but she knows it’s not her calling.

She may be viewed as anti-Mormon, but in this case she is not anti-development.