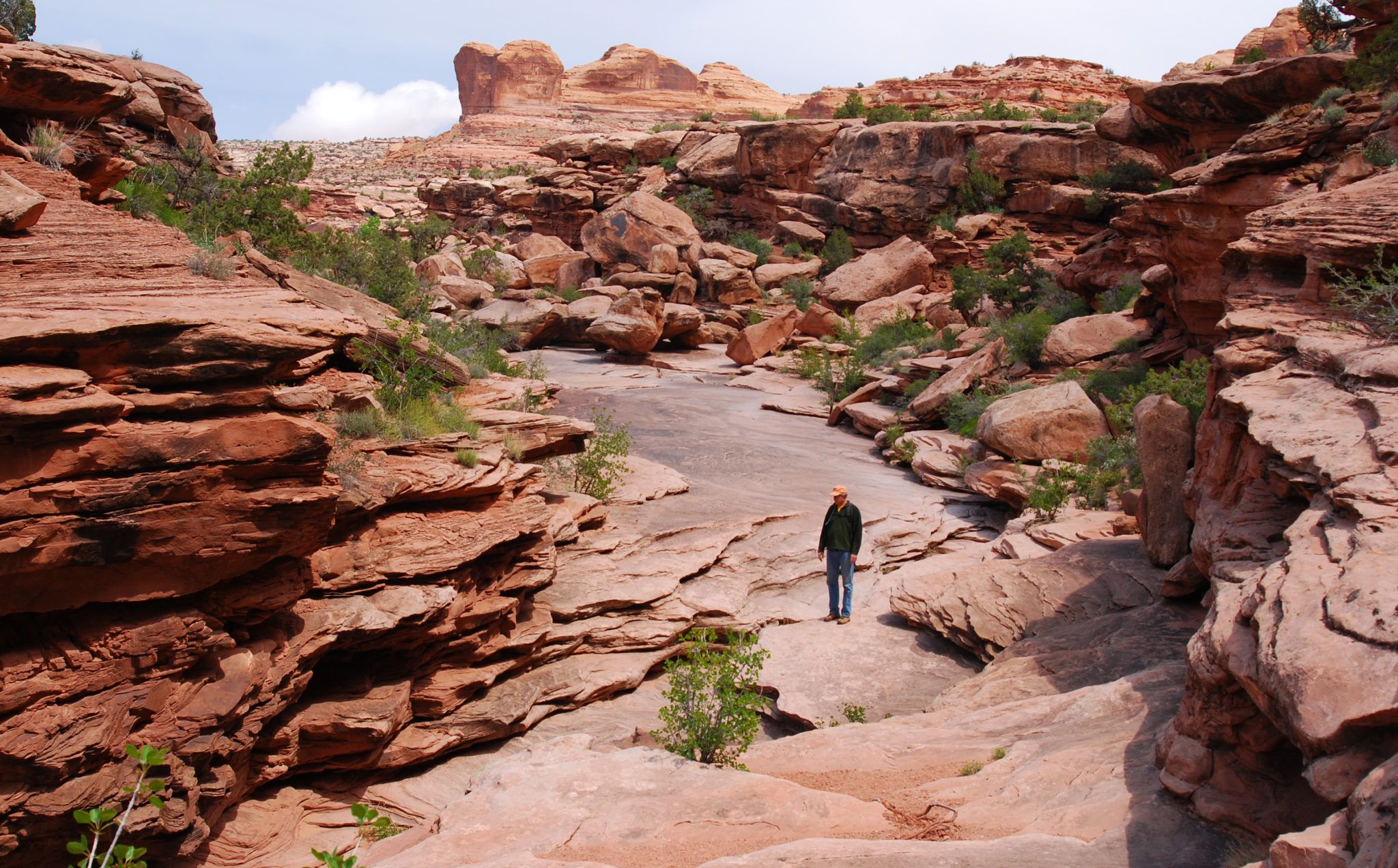 Once again, the Bureau of Land Management is leading a debate over how much motorized use should be allowed on one of southern Utah’s scenic outdoor playgrounds.

This time, the focus is on the Labyrinth Rims/Gemini Bridges area outside of Moab, where the agency is taking public comments through Friday on how many of the existing 1,127-mile routes will be closed or restricted to motorized vehicles.

Last month, the BLM released a number of alternatives, including a compromise plan that would keep more than 800 miles of roads open.

Grand County officials helped environmentalists endorse a conservation-oriented plan known as Alternative B that would close about 400 miles of existing trails to off-road vehicles such as UTVs, ATVs and dirt bikes. In the district’s official comments to the BLM, district commission chair Jacques Hadler argued that this alternative best balances the needs of different recreational groups while leaving 78% of the planning area within half a mile of a motorized route.

“Alternative B still favors high-motorized recreation, but provides that a small but non-trivial percentage of the area (22%) be out of earshot of a motorized road or trail,” Hadler wrote.

There is much at stake in this planning process as motorist groups push to keep as many of the state’s motorized route networks open on public land as possible.

Utah already has many national parks, designated wilderness areas, and other areas where motorized access is severely restricted, argued Ben Burr, executive director of the BlueRibbon Coalition, which advocates for increased motorized access.

“They have to stay that way for the most part,” Burr said. “We’re talking about areas outside of Kanab, lots of areas in Emery County and Uintah County. You have all these rural communities trying to build a recreation-based economy, and the travel networks are the foundation of that, and the ability for people to get into and access the wide range of recreation experiences that the routes access Offer.”

However, the Southern Utah Wilderness Alliance and Grand County say the existing route networks around Moab have been created haphazardly over the decades, primarily in response to mineral exploration from the 1950s and 1960s. The area around Gemini Bridges is a case in point.

The itinerary spans 300,000 acres bounded by the Labyrinthine Arm of the Green River, US Highway 191 and Canyonlands National Park to the south. Where uranium and other mineral prospectors once explored these canyons and mesas, the area is now popular for scattered camping, mountain biking, motor sports and slacklining.

“The current road network is not the result of a careful planning process that has recreational opportunities in mind,” the county said in its comments. “Rather, it is largely the result of historical accidents, with the location of old seismic lines and mineral exploration routes from decades ago playing a dominant role where motorized routes are located today.”

Common to all four plans is a 185-mile network of well-maintained roads, all of which are fully open to motorized use. The difference between the four lies in how the BLM would manage the remaining 930 miles of minimally maintained tracks. The BLM’s compromise revision is to withdraw 168 miles, leave 653 miles open for motorized use, and leave the remaining 109 miles open with restrictions.

But Grand County officials want the BLM to go further and are advocating an alternative that would close about a third of the routes. This alternative would prevent motorized use of much of the Labyrinth Canyon river corridor, which is described as wild and scenic, eliminate routes along some canyon floors, and reduce route density around Gold Bar Rim, Deadman Point, Day Canyon, Ten Mile Point, and others picturesque spots.

“At the end of the day, this would not preclude access. That wouldn’t stop people from visiting Labyrinth Rims and Gemini Bridges,” said Laura Peterson, an attorney for SUWA. “But it would strike a kind of balance between motorized recreation, between quiet recreation and between protecting the resources, protecting the soils there, protecting the vegetation, protecting cultural sites. It’s an incredibly culturally rich area, typically centered around the gorges and river corridor.”

But Burr doesn’t buy SUWA and the county’s position, claiming that the routes themselves affect less than 1% of the landscape. Existing route networks serve the reviving public well, and many routes were already closed during the 2008 planning process, he said.

“If you then look at what each of the routes is used for, particularly in this area that offers such a wide range of recreational purposes, a route that you may not understand why it is there because it does not suit your interests, might have a really important need for another user,” Burr said. “Many of the foothills that lead to overlooks above the gorge are some of the best distributed campgrounds in the state. Many of them are developed. They have signs, they have marked paths leading to them.”

SUWA claims motorized users would still have access to so much of the site under the conservation alternative, including the 1,400-acre White Wash OHV area. Meanwhile, wide-ranging environmental benefits would be achieved by keeping vehicles off riparian areas, river corridors and canyon floors.

“They want to pull back a little bit to protect other resources, which BLM is ultimately legally obligated to do,” Peterson said. “You need to minimize damage from off-road vehicles.”

https://www.sltrib.com/news/environment/2022/10/20/another-blm-travel-plan-another/ Another BLM itinerary, another battle for motorized access