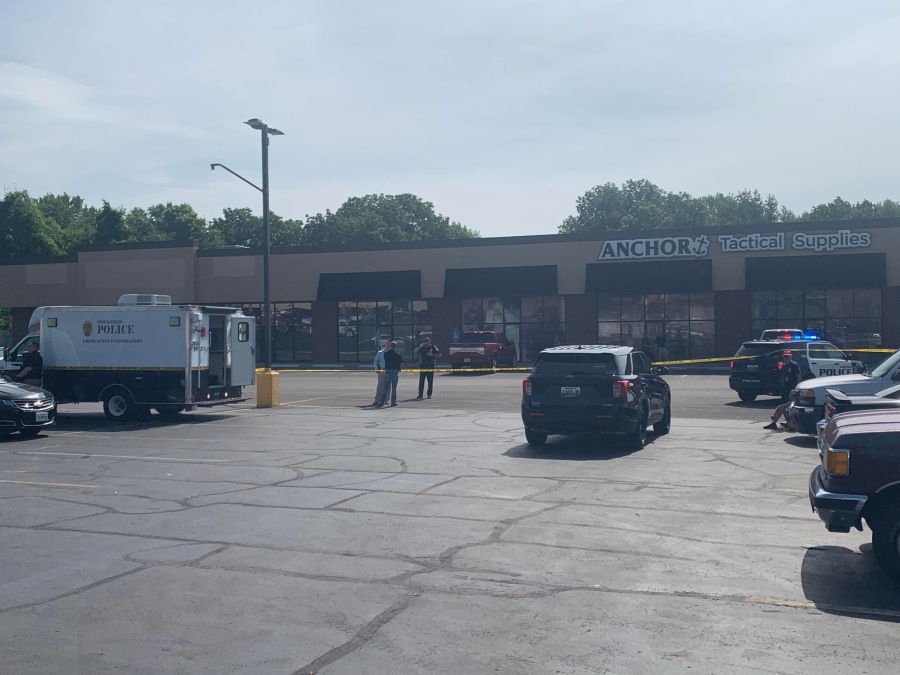 “Just as I was checking out and getting ready to walk out the front door … I heard three pop-pop-pop,” a witness said. “The lady says, ‘Oh, someone with fireworks.’ I say, ‘It wasn’t fireworks.’ About the time we got out, two men ran right next to me, one of them had a gun in his hand.”

The victim was taken to a hospital but later died from his injuries. Police have confirmed that the person killed was an employee at Anker Tactical Supply.

The witness interviewed by OzarksFirst gave police information about a suspicious vehicle that left the scene.

“I ran to the parking lot,” the witness said. “You were obviously on the road. One of the other boys said: ‘Hey, they drive into the car.’ We followed them for a minute. Later they were able to catch her with some of that information.”

Police found this vehicle and two people in West Bennett near Campbell Avenue. These people were taken into custody.

“It just happened very quickly,” said the witness, following the suspect’s vehicle. “It’s really hard to tell. Sometimes you just kind of react. Maybe it wasn’t the wisest thing to do. Sometimes when you get it, you just step in.”

Lt. Nelson Kibby with Springfield Police said it appears the altercation that led to the shooting started inside the store and then continued outside. He said this could be related to a theft incident that happened on Tuesday.

Kibby said there are many more details investigators are working on. As of 11am Wednesday morning, police say they don’t yet know if gunfire was exchanged or if only one person fired shots, but there are no known injuries to the suspects. The next step is to talk to witnesses and process the scene. There are cameras in the area and officers plan to look at these files to find out what happened.

Ozarks First will update this story with more information as it becomes available.