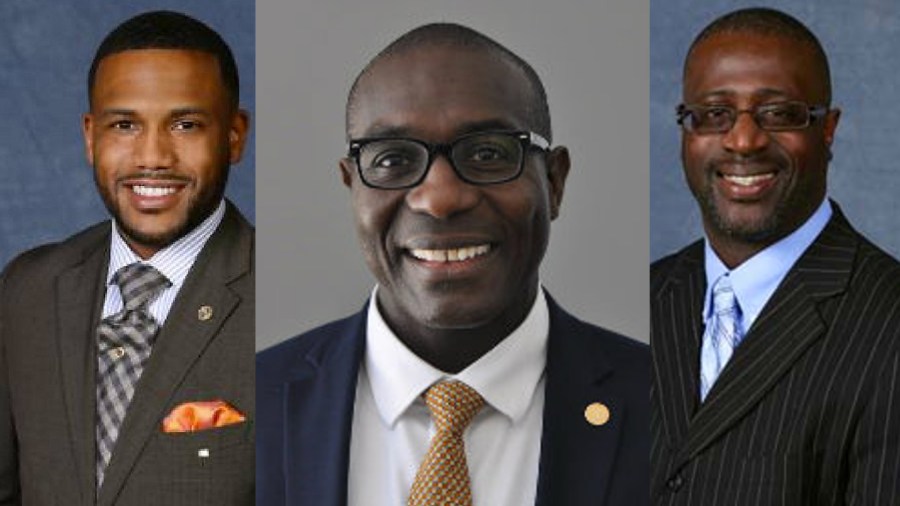 Boyd was elected councilman for the 22nd Ward in 2003. He is the current Chair of the Board’s Housing, Urban Development and Zoning Committee.


Collins-Muhammad, the former 21st Precinct alderman, resigned on May 11 after admitting “many mistakes” but did not specify at the time why he was leaving the post. For his part, Collins-Muhammad had warned in his resignation letter that the next few weeks would be tough. We now know what he meant.

The 31-year-old was elected five years ago and has been a prominent voice on the board. In 2017, he proposed a major redevelopment plan for Natural Bridge Avenue, then sponsored legislation to sell crumbling St. Louis City-owned real estate for $1. He believed the sales would boost development and revitalize the neighborhoods.

The former city councilor is characterized by something else. He has been arrested multiple times on pending warrants for traffic violations.

The former elected official has been subpoenaed for driving with a suspended license, colliding with another car, speeding and unpaid parking tickets. Collins-Muhammad was supposed to appear in court to deal with the legal issues, but never did.

FOX 2’s Elliott Davis interviewed Collins-Muhammad in 2018 after one of those arrests and asked him why he didn’t just pay the fines. The former councilman said he just didn’t have the money.

Davis asked him why he didn’t take advantage of the city’s amnesty program for people with tickets. He said he should have thought about it. An activist group posted the $5,000 bail to get him out of jail at the time.