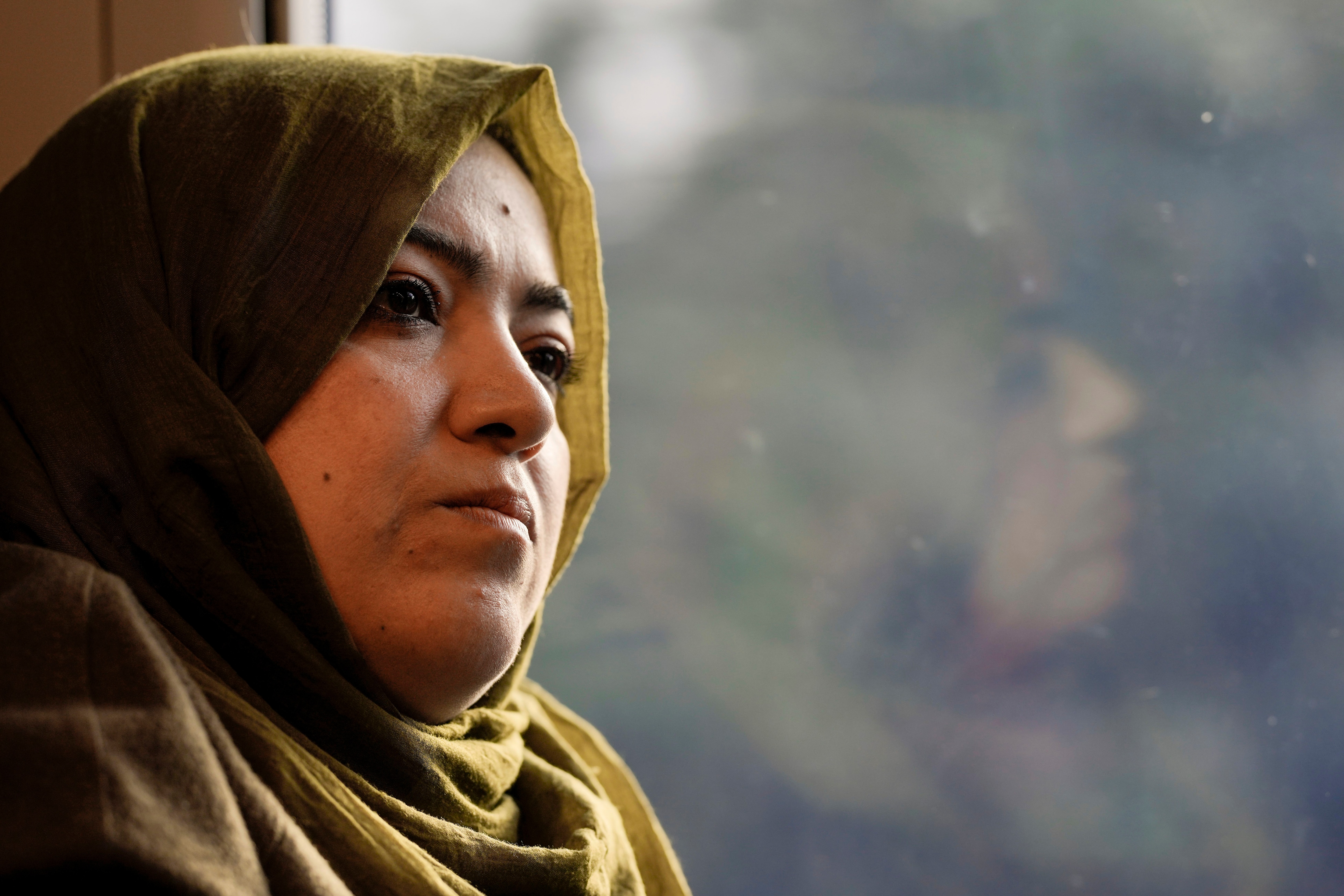 ROME – Batool Haidari was a well-known professor of sexology at a university in Kabul before the Taliban took over Afghanistan. She taught mixed classes of male and female students and helped patients struggling with gender identity issues.

Her husband owned a carpet factory and together they did their best to provide their 18 year old son and two daughters aged 13 and 8 with a good education.

That comfortable life came to an abrupt end on August 15, 2021, when the former insurgents, who adhere to a strict interpretation of Islam, returned to power after a costly, two-decade US-led campaign to reshape the country .

Haidari, 37, was among many women who fled the Taliban in the late 1990s, fearing a return to the practices of their previous rule, including the widespread exclusion of girls and women from education and work. She reached Rome in late 2021 after a daring escape through Pakistan, aided by Italian volunteers who ensured she and her family were housed in the suburbs of the Italian capital.

She is among thousands of Afghan women trying to take an active social role in the countries that have hosted them. Haidari and her husband are learning Italian and are financially supported by various associations. She keeps in touch with feminist organizations at home and tries to keep in touch with some of her patients via the internet.

“To be alive is already a form of resistance,” she said, adding that she wants her children to contribute to the future of Afghanistan, where she is sure her family will one day return.

“When my son passed the exam to enter medical school at a university in Rome, that was good news for me,” she said on the way to her Italian classes at the Romer centre. “Because if I came to a European country, it was mainly because of my children’s future.”

After overrunning Afghanistan in 2021, the Taliban initially pledged to respect the rights of women and minorities. Instead, they gradually banned girls from school beyond sixth grade, barred women from most careers, and forced them to dress head-to-toe in public.

Haidari tried to stay with her family in Kabul after the Taliban takeover. She became an outspoken activist with the Afghanistan Women’s Political Participation Network to fight for women’s education, jobs and political participation.

But the risks soon became too great. Haidari was not only an educated activist, but also a member of the Hazara ethnic group.

The Hazara minority has been a frequent target of violence since the Taliban takeover. Most are Shia Muslims, despised and attacked by Sunni militants such as the Islamic State group, and discriminated against by many in the Sunni-majority country.

Haidari received death threats for her research on sensitive issues in Afghan society and decided to leave in December 2021. She was traveling to Pakistan with her family, and an Italian journalist, Maria Grazia Mazzola, helped her board a plane from Pakistan to Italy.

“We heard that the Taliban were shooting and searching houses very close to where they were hiding,” Mazzola said. “We were in frantic contact with the Italian embassy in Pakistan, with confidential contacts in Afghanistan, and we decided together that they have to change hiding places every three days.”

The Italian government evacuated more than 5,000 Afghans in military planes immediately after the Taliban takeover. Later, a network of Italian feminists, Catholic and Evangelical churches, and volunteers like Mazzola continued to organize humanitarian corridors and set up hospitality in Italy over the following year.

Mazzola, who works for Italian public television RAI and is an expert on Islamic fundamentalism, has created a network of associations to host 70 Afghans, mostly Hazara activists, and their families.

Now that the refugees are in Italy and gradually gaining asylum, the priority is to get them official recognition of their university degrees or other qualifications that will help them find decent employment, Mazzola said.

“A woman like Batool (Haidari) can’t work as a cleaning lady in a school. It would also be a waste for our society. She is a psychologist and deserves to continue working as such,” Mazzola said.

Haidar agreed. While she says she misses the streets and alleyways of Kabul and the simple life she used to have, “most of all, I miss the fact that I was a much more useful person in Afghanistan.”