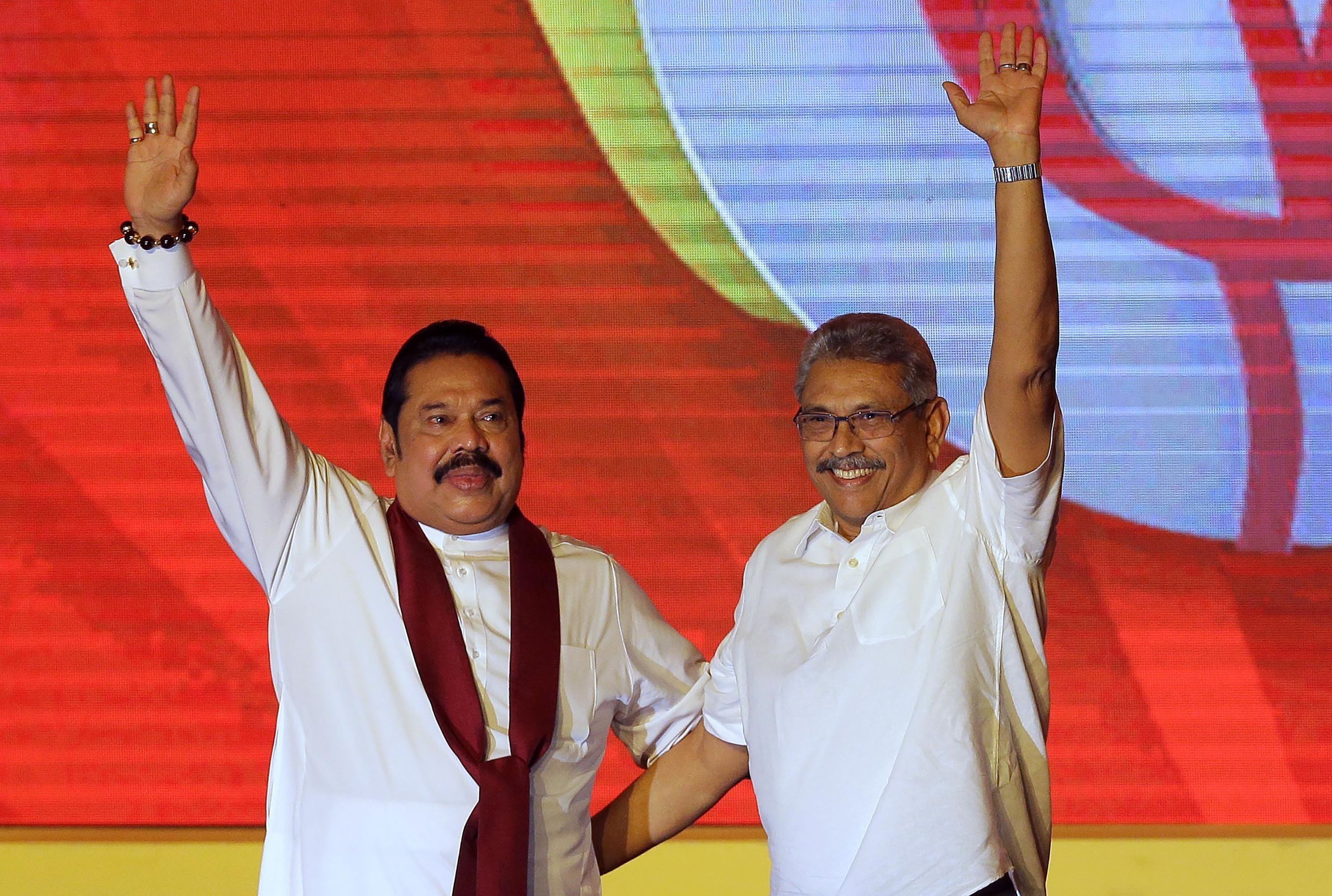 BEIRUT – Lebanon and Sri Lanka may be worlds apart, but they share a history of political unrest and violence that led to the collapse of once prosperous economies plagued by corruption, patronage, nepotism and incompetence.

The toxic combinations led to disaster for both: currency collapse, shortages, triple-digit inflation, and rising hunger. Queuing for gas. A decimated middle class. An exodus of professionals who may have helped rebuild.

There is usually no moment that marks the catastrophic breaking point of an economic meltdown, although telltale signs can last for months, if not years.

When it happens, the unleashed misery is all-consuming and changes everyday life so profoundly that the country may never be the same again.

Experts say a dozen countries – including Egypt, Tunisia, Sudan, Afghanistan and Pakistan – could meet the same fate as Lebanon and Sri Lanka as the post-pandemic recovery and war in Ukraine result in global food shortages and soaring prices to lead.

ROOTS OF THE CRISIS

The crises in Lebanon and Sri Lanka have their roots in decades of greed, corruption and conflict.

Both countries endured a long civil war, followed by a weak and rocky recovery, all the while being dominated by corrupt warlords and family cliques that ran up huge foreign debts and stubbornly clung to power.

Various popular uprisings in Lebanon have failed to shake a political class that has long used the country’s sectarian power-sharing system to perpetuate corruption and nepotism. Important decisions remain in the hands of political dynasties, who came to power through immense wealth or by commanding militias during the war.

Amid the faction rivalries, political paralysis and government dysfunction has worsened. As a result, Lebanon is one of the most backward countries in the Middle East in terms of infrastructure and development, including widespread power outages lasting 32 years after the civil war ended.

In Sri Lanka, the Rajapaksa family has monopolized politics in the island nation for decades. President Gotabaya Rajapaksa is still clinging to power, even as the family dynasty around him has been crumbling amid protests since April.

Experts say the current crisis in both countries is homegrown, including high external debt and low investment in development.

Additionally, both countries have suffered repeated bouts of instability and terrorist attacks that have upended tourism, a mainstay of their economy. More than 260 people were killed in suicide bombings in churches and hotels in Sri Lanka in 2019.

Lebanon has suffered the aftermath of civil war in neighboring Syria, which has engulfed the country of 5 million with about 1 million refugees.

Both economies were then hit again with the outbreak of the coronavirus pandemic.

Lebanon’s crisis began in late 2019 after the government announced new proposed taxes, including a $6 monthly fee for using WhatsApp voice calls. The measures unleashed a long-simmering anger against the ruling class and months of mass protests. Erratic capital controls were put in place, keeping people out of their savings as the currency began to appreciate.

In March 2020, Lebanon defaulted on repaying its massive debt, which at the time was about $90 billion or 170% of GDP – one of the highest in the world. In June 2021, after the currency had lost nearly 90% of its value, the World Bank said the crisis was one of the worst the world had seen in more than 150 years.

In Sri Lanka, whose economy is still reeling from the 2019 Easter bombings, Gotabaya has pushed through the biggest tax cuts in the country’s history. That sparked a swift backlash as creditors downgraded the country’s ratings and prevented it from lending more money as foreign exchange reserves plummeted.

On the brink of bankruptcy, it has suspended payments on its foreign loans and imposed capital controls amid a severe foreign exchange shortage. The tax cuts were recently reversed.

Meanwhile, the Sri Lankan rupee has weakened nearly 80% to around $360-$1, making the import cost even more prohibitive.

“Our economy has completely collapsed,” he said The Prime Minister said on Wednesday.

Before this recent descent, both Lebanon and Sri Lanka had middle-income populations that allowed most people to live in reasonably comfortable conditions.

In the 1980s and 1990s, many Sri Lankans took jobs as domestic workers in Lebanese households. When Sri Lanka began its post-war reconstruction, they were replaced by workers from Ethiopia, Nepal and the Philippines.

The recent crisis has forced most Lebanese to give up that luxury, among other things. Almost overnight, people found themselves with almost no access to their money, vaporized savings and worthless salaries. A month’s minimum wage is not enough to buy 20 liters of gasoline or pay the bill for private generators that power homes for a few hours a day.

at one point, serious defects of fuel, cooking gas and oil led to struggles over limited supplies – scenes now being repeated in Sri Lanka. Cancer drugs are often out of stock. Earlier this year, the government even ran out of paper for new passports.

Tens of thousands of professionals including doctors, nurses and pharmacistsleft the country in search of jobs.

Similarly, Sri Lanka is now almost without petrol and is facing acute shortages of other fuels. Authorities have announced nationwide power outages of up to four hours a day and urged state employees not to work on Fridays except for those needed for basic services.

Doctors have turned to social media to seek essential supplies of equipment and medicines. More and more Sri Lankans want passports to look for work abroad.

In addition to the political and financial turmoil, both countries faced catastrophes that aggravated their crises.

on August 4, 2020, a catastrophic explosion s Trucks entered the port of Beirut, killing at least 216 people and destroying large parts of the city. The explosion, widely considered one of the largest non-nuclear explosions in history, was caused by the detonation of hundreds of tons of ammonium nitrate that had been stored in a warehouse for years. The dangerous material was apparently placed there with the knowledge of high-ranking politicians and security officials, who did nothing about it.

There was widespread outrage at the endemic corruption and mismanagement of the traditional parties, which were widely blamed for the tragedy.

Sri Lanka faced disaster in early 2021 when a Container ship with chemicals Fire off the coast of the capital Colombo. It burned for nearly two weeks before sinking while being towed to deeper waters.

The burning ship emitted toxic fumes and spilled more than 1,500 tons of plastic pellets into the Indian Ocean, which were later found in dead dolphins and fish on the beaches.

Fishing in the area has been banned due to health risks related to the chemicals in the water, affecting the livelihoods of about 4,300 families who have still not received compensation.