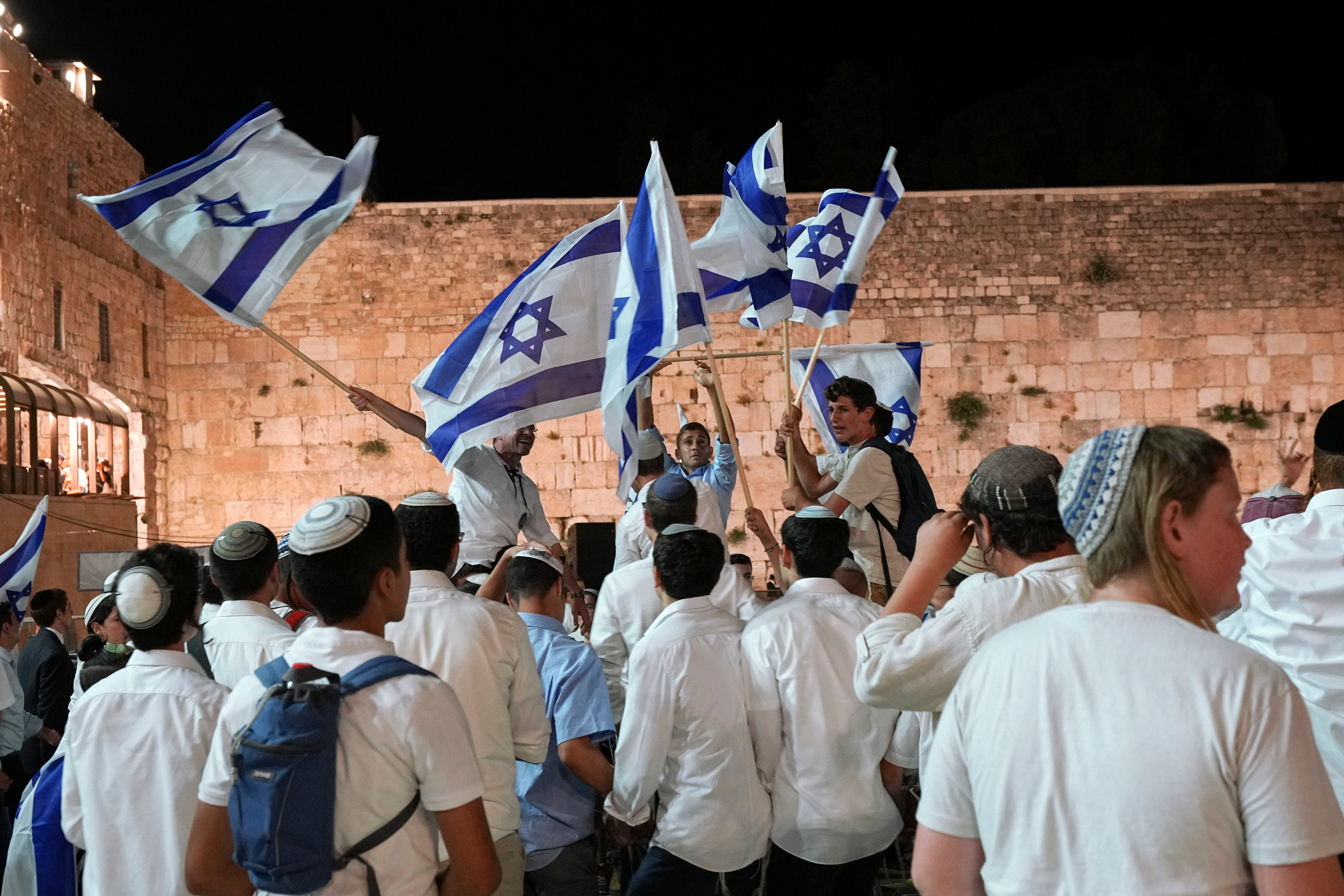 JERUSALEM – A far-right Israeli lawmaker, along with scores of ultranationalist supporters, entered Jerusalem’s most sensitive holy site early Sunday, prompting crowds of Palestinians to throw stones and firecrackers at nearby Israeli police.

The riots erupted ahead of a mass march by ultranationalist Israelis planned later Sunday through the heart of the Muslim Quarter of Jerusalem’s Old City. Around 3,000 Israeli police officers were stationed across the city before the march.

Israel says the march is meant to celebrate Israel’s conquest of East Jerusalem, including the Old City, in the 1967 Middle East War. Israel claims all of Jerusalem as its capital. But the Palestinians, who claim East Jerusalem as their capital, see the march as a provocation. Last year’s parade helped spark an 11-day war between Israel and militants in the Gaza Strip.

Sunday’s riots took place at a contested hilltop site revered by Jews and Muslims. On the grounds is the Al-Aqsa Mosque, the third holiest site in Islam. It is also the holiest site for Jews, who call it the Temple Mount and revere it as the home of the Biblical temples. The competing claims to the site are at the heart of the Israeli-Palestinian conflict and have sparked numerous rounds of violence.

Itamar Ben-Gvir, leader of a small ultra-nationalist opposition party and supporter of the late racist Rabbi Meir Kahane, entered the compound early Sunday along with dozens of supporters.

The Palestinians shouted “God is great” as Ben-Gvir, accompanied by Israeli police, shouted, “The Jewish people live.” Later, a group of Palestinians barricaded inside the mosque threw firecrackers and stones the police, who did not immediately react.

At the same time, about 19 Israelis have been killed by Palestinian raiders in Israel and the West Bank in recent weeks, while over 35 Palestinians have been killed in Israeli military operations in the occupied West Bank. Many of those killed were Palestinian militants, but several civilians were also among the dead, including Shireen Abu Akleh, a well-known correspondent for satellite channel Al Jazeera.

Under long-standing agreements known as the “status quo,” Jewish pilgrims are allowed to enter the compound on the hill, but are not allowed to pray. However, in recent years there has been a significant increase in the number of Jewish visitors, including some who have been seen praying quietly.

Such scenes have raised Palestinian fears that Israel plans to take over or divide the territory. Israel denies such claims and says it remains committed to the status quo.

https://www.local10.com/news/world/2022/05/29/visit-by-far-right-israeli-lawmaker-sparks-jerusalem-unrest/ A visit by a far-right Israeli lawmaker sparks unrest in Jerusalem

How many times has Prime Minister Boris Johnson been married?