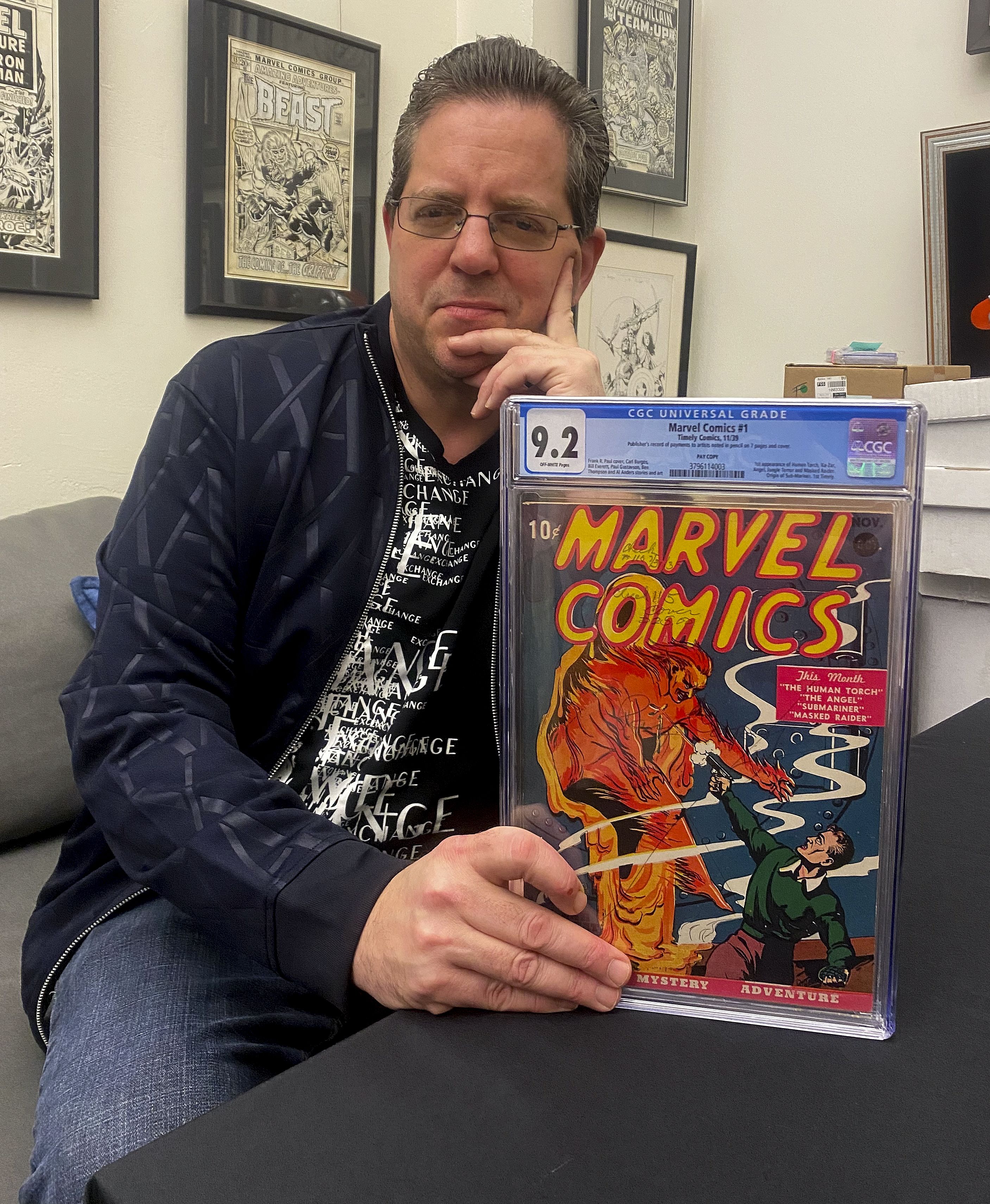 NEW YORK – A particularly valuable copy of the first-ever Marvel comic fetched more than $2.4 million in an online auction, the auctioneer said Friday.

The buyer’s name was not disclosed. He is “an extremely passionate comic book collector and investor” who also collects other items, Zurzolo said.

Marvel Comics #1 was published in 1939 and introduced characters including Sub-Mariner and the original Human Torch, a progenitor of the character of the same name who later became a member of Marvel’s Fantastic Four. The book launched the Marvel Universe of comics, movies, TV shows, and video games.

The very well-preserved “paid copy” is particularly coveted because it bears the publisher’s handwritten notes on how much the numerous authors and artists were paid. For example, Frank R. Paul earned $25 for drawing the cover of a book that is now worth almost 100,000 times that amount.

“It’s an incredibly important look into the world and behind the scenes of the making” of a comics powerhouse, Zurzolo said.

The Marvel Universe would eventually include characters such as Spider-Man, the Fantastic Four, X-Men, the Avengers, Iron Man, Daredevil, and the Hulk, often known on screen as the Incredible Hulk.

“Without that comic book, who knows? Maybe none of that will happen,” Zurzolo said. “Maybe in a way the name ‘Marvel Comics’ resonated with people enough that it helped give birth to all these other things.”

Deshaun Watson is ready to waive the no-trade clause on Cleveland Browns, who are guaranteed to give him $230 million, sources say

Keke Palmer’s baby bump album before the arrival of the 1st child: photos