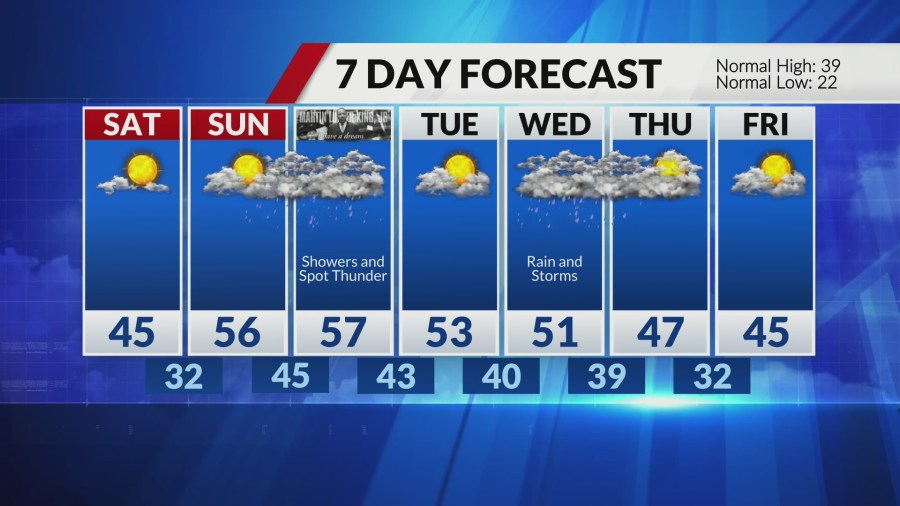 ST. LOUIS – Friday will start cloudy with some rain and thunderstorms, but skies will gradually clear from west to east in the early afternoon. By January standards the weekend is looking promising after a clear and cool night tonight.

The Martin Luther King holiday is looking wet, with scattered showers… and another shower is expected on Wednesday next week. Temperatures will be above average next week.

https://fox2now.com/news/missouri/a-nice-january-weekend-is-on-the-way/ A nice January weekend is ahead

Elizabeth Arden has a cheeky response to Harry's 'frosbitten todger'