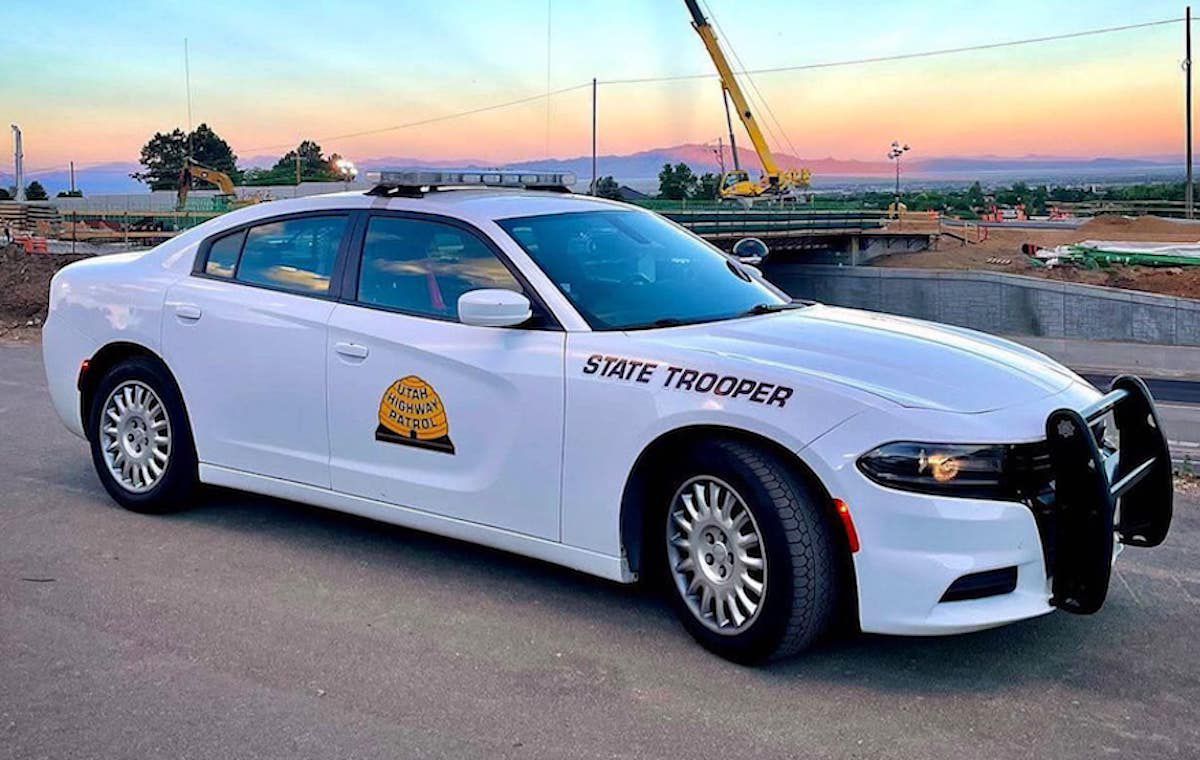 The suspect was arrested and taken to jail.

(Utah Highway Patrol) A man is in jail after shooting another car with an air gun on I-15 in what the UHP has dubbed a “road rage.”

A 51-year-old driver is in jail after reportedly shooting another car with a pellet gun in what the Utah Highway Patrol is calling a “road rage incident” on Interstate 15.

According to a probable cause statement, the victim was following another car in the southbound HOV lane around 2:40 p.m. Monday in Kaysville. She passed him on the right, upsetting him. The man then followed the woman’s car, so she “slammed on the brakes … to tell him to back off.”

Instead, the man accelerated next to the victim’s passenger-side car and fired “at least four shots” from an air pistol, hitting the windshield and the passenger-side windows and doors.

Neither the woman nor the passenger were injured, but police estimated the damage to their car was “at least” $2,000.

Witnesses alerted police that the suspect had pulled off the freeway in Centerville and was arrested at a gas station without incident, according to police. He had two passengers in his car – his minor children.

When his car was searched, UHP soldiers found a “pellet gun” along with several containers of marijuana, a glass pipe and other drug paraphernalia. The man had a valid medical marijuana identification card, police said. However, smoking cannabis is not permitted under Utah law.

The suspect was sentenced to the Davis County Jail for aggravated assault, criminal mischief, possession of a controlled substance and possession of drug paraphernalia. He is being held without bail.

Five days earlier, a Pleasant Grove man was shot dead after another traffic incident on I-15