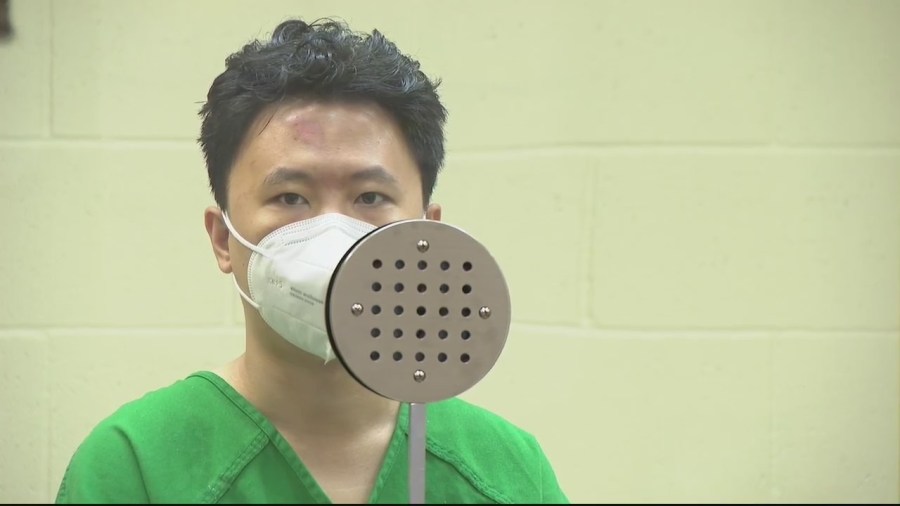 SAN DIEGO (CNS) — A man accused of trying to grab a California Highway Patrol officer’s gun during an altercation on Interstate 8 in Mission Valley, which shot the lawman in the leg, appeared Tuesday first time in court.

Yuhao Du, 25, is accused of jumping at the service weapon of CHP officer Antonio “Tony” Pacheco last Wednesday, causing the gun to fire as the two men scrambled for the pistol.

Du was due to be charged on Tuesday, but his defense attorneys have demanded he wait until next week to file a plea.

He remains in custody without bail awaiting his arraignment, which is scheduled for next Tuesday.

Sheriff to officer who disappeared with inmate: “Come back here”


One of Du’s lawyers, Anna Demidchik, declined to discuss the details of the case, telling reporters outside the court, “Honestly, no one knows what happened at this point.”

The attorney said she hopes anyone who viewed social media videos of the incident would “hold judgment” until more facts emerge.

The events leading up to the shooting began around 6:15 p.m. Wednesday when Du, a graduate student at UC San Diego, was driving his vehicle on eastbound Interstate 8 near the I-805 overpass, according to CHP had an accident.

A short time later, Pacheco pulled up at the site of the wreck next to the freeway and contacted Du, who was standing in the mid-center area, CHP spokesman Jake Sanchez said.


As Pacheco spoke to him, Du allegedly attacked him without warning, “pulled on his service weapon” and “attempted to take control of it,” Sanchez said.

After Pacheco was shot in the thigh, Sanchez said “several passing motorists stopped to assist the injured officer by providing medical assistance and holding you until additional law enforcement (personnel) arrived.”

The gunshot wounds to Pacheco, who has two young children and whose wife Janette is pregnant, will require “a lengthy rehabilitation and possible surgery,” according to a GoFundMe.com page asking for donations to help the family with expenses during his to help recovery.

In a message posted to the site last Friday, Pacheco wrote, “My wife and I are humbled and grateful for the support we have received. We would like to thank everyone who has helped us during this difficult time. From the donors , to the hospital staff, colleagues, friends, family, law enforcement and everyone who helped on the ground. Thank you for all the love and support.”

https://fox5sandiego.com/news/local-news/man-accused-in-chp-officers-shooting-appears-in-court/ A man accused of shooting dead a CHP officer appears in court

A Missouri inmate shares his final words before his execution

This multibagger stock hits the upper circuit; Zooms over 260% in one year