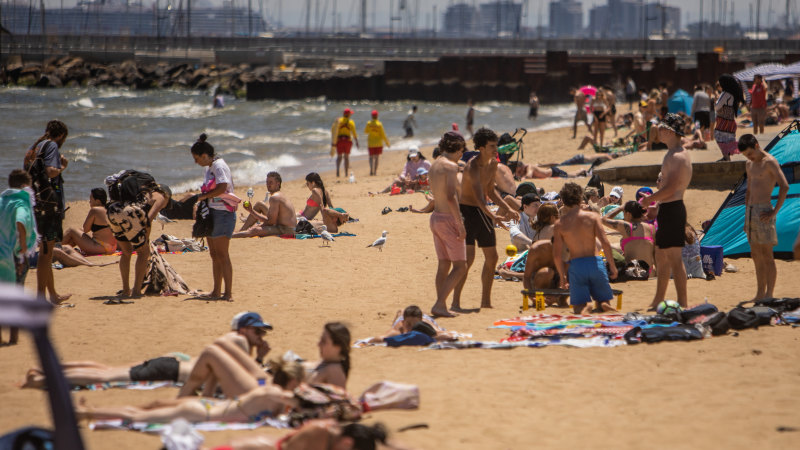 “So let’s get back to beach weather as we head into the weekend. And it doesn’t look as damp, but much more comfortable. Not too hot, not too windy either. So pretty good conditions for the weekend,” said Efron.

This week’s chilly change comes after large hailstones battered central Victoria and temperatures soared into the 40s in the state’s northwest.

On Monday, temperatures in parts of Melbourne fell 10 degrees in 20 minutes as a chilly afternoon shift hit.

Meanwhile, Mildura hit a high of 41 degrees — the hottest temperature on record in the state — as the Mallee region underwent a total fire ban. The total fire ban was lifted Tuesday, but fire risks in Mallee, Wimmera and the Northern Country remained high.

https://www.smh.com.au/national/victoria/dust-off-your-beach-towels-a-glorious-weekend-awaits-20230103-p5ca03.html?ref=rss&utm_medium=rss&utm_source=rss_national A lovely weekend after the chilly midweek