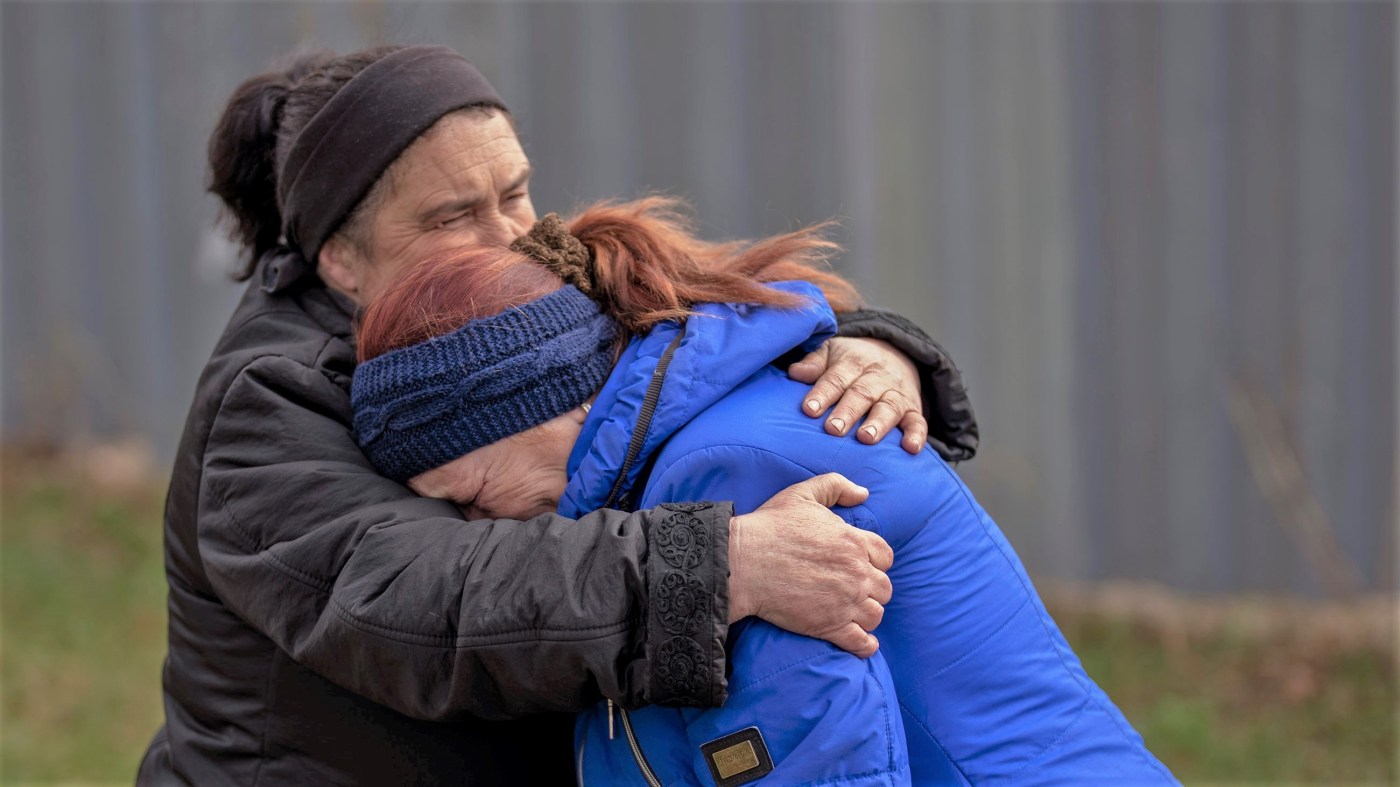 As a child, when I came across a description of people going about their daily lives in the 1940s, I was incredulous. How can this be when millions in Europe are experiencing unbelievable horror? It felt unimaginable.

The daily lives of Soviet children were permeated with a narrative of war – of past and present threats. It was ubiquitous in children’s literature. No one who grew up in the Soviet Union could forget Malchish Kibalchish, the fictional character in Arkady Gaidar’s 1933 children’s book The Tale of the Military Secret, Boy Malchish Kibalchish and His Firm Word. In the story, Malchish helps the Red Army fight the bourgeoisie during the Russian Civil War. He is captured and tortured to death, but reveals no military secret. He’s a superhero similar to a Disney character – with merchandise, an animated cartoon, and a movie. The film is not graphic – just a scream from the off. I was 7 when I saw it.

Zoya Kosmodemyanskaya, a true partisan, was reportedly tortured and executed by the Nazis in 1941 at the age of 18 for having a cavity filled without the use of novocaine. “Soja was burned in the back by the Nazis with the Soviet star, and she didn’t cry,” said the teacher.

It is questionable whether Zoya’s story is true considering that she was a tool of Soviet propaganda, but she was a real person. Manufactured personalities revered as heroes were those who unquestioningly valued the “motherland” above all else. These children’s stories helped build a foundation of blind trust. As a parent of two young children born in the United States, I hope to teach them that heroism is about the truth that only asking questions can reveal. But the Kremlin’s heroes of today and yesterday were created to perpetuate lies.

A deliberately crafted war narrative was a powerful tool of the Soviet regime and by all accounts remained so through Vladimir Putin’s years. We would have known that if we had paid attention. To achieve extreme nationalism, it is effective to tap into the natural human need for identity and belonging. Extremism is ubiquitous in everyday life, often with little consequence – look at the sports fanbase. In peacetime, extreme nationalism can be used to foment paranoia and fear. In the face of perceived injustice, it is a weapon of war that has the potential to induce unimaginable atrocities against the perceived enemy.

We saw it in Bucha, Ukraine, and there’s a lot more to come.

Furthermore, one could argue that the Kremlin has always been at war — fabricating “enemies of the state” where no one is safe. Soviet leader Josef Stalin sent millions, which he perceived as a threat to the Gulags. In 1953 he fabricated the Doctors’ Plot, an alleged conspiracy by prominent, mostly Jewish, doctors to assassinate Soviet government officials. Putin’s use of the same brutal strategies to gain control, albeit less obvious to the average observer, has been evident for years.

“Us against them”: It has always been like this.

While we are busy discussing Putin’s military tactics or questioning the state of the Russian military, we fail to see that Putin’s real weapon is the Russian people. Are they the victims of the Kremlin’s meticulously crafted lies that have been a reality of Russian life for generations? Or are they complicit in the great tragedy unfolding before our eyes in Europe in the 21st century?

And what about us? In her February 26 New Yorker article, Masha Gessen said that people underestimate how quickly war becomes boring. And it got boring. So boring that most of us looked the other way. The stories of women being raped and executed in front of their children are indeed overkill.

So we get on with our lives, ambivalent. we go to work We take our kids to soccer. We do this while millions of people suffer unimaginable horrors at the hands of a regime that is a master of lies.

But that’s nothing new, it’s always been like that.

Liza Lerner was born in the former Soviet Union and immigrated to the United States with her parents in 1990. She wrote this column for the Chicago Tribune.

https://www.twincities.com/2022/04/20/liza-lerner-a-carefully-crafted-narrative-of-war-was-a-tool-of-the-soviet-union-the-lies-have-never-stopped/ A carefully crafted war narrative was a tool of the Soviet Union. The lies never stopped – Twin Cities

Buc-ee is about to expand its Caldwell County location