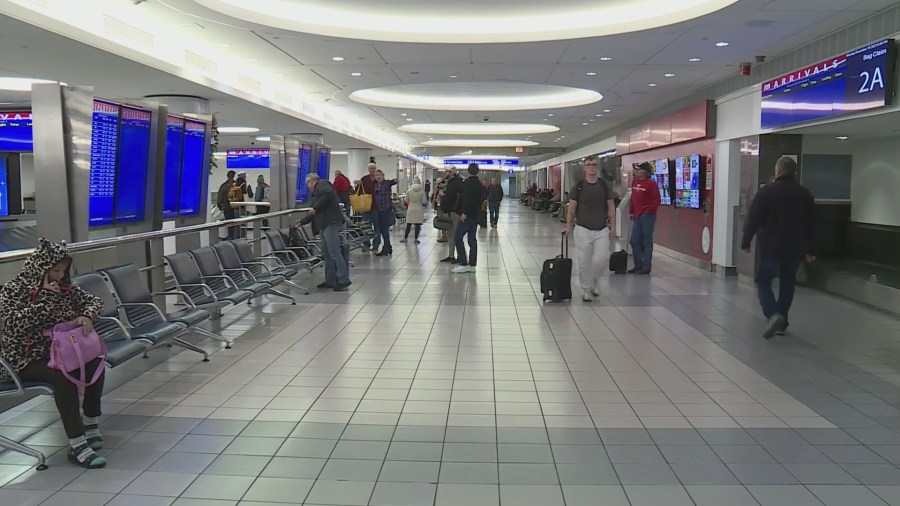 ST. LOUIS – This week will be one of the busiest of the year for St. Louis Lambert International Airport. From leisure travelers to homebound service members, Thursday is all mixed with some chances of snow.

“Actually, we are currently experiencing what is called a ‘Green Day’,” said Queara Nelson. “Where all the military veterans and employees fly in.”

Nelson, who works at Hudson News inside the airport, will be enjoying her first Green Day and Christmas travel week.


“It’s just great that they can see their families,” Nelson said. “I spoke to a military vet and she was gone for eight months. If she comes back this time, she won’t see her family for another six years.”

Thousands of service members will travel through Lambert Monday from Fort Leonard Wood and Scott Air Force Base.

In addition to the service members, there are regular vacationers. Josh Dreon, who just returned to St. Louis from Los Angeles, plans to avoid the late vacation travel surge.

“I’m going to stay here for a couple of weeks and hopefully avoid the whole mess and travel again in January,” Dreon said.

Snow is forecast later in the week which may cause some delays and cancellations. It could also bring an unofficial white Christmas to the St. Louis area.

“Hopefully it stays that way until Christmas,” Jake Ramirez said. “We’re going to wake up and realize it’s still on the ground, it’s going to be a lot of fun.”

Some travelers aren’t so keen on the potential for snow. Gwen DiMartino is visiting St. Louis from Alaska, where she just left five feet of snow and was hoping to escape the cold.

Nelson said she knows this week will be stressful for many travelers and just wanted to remind them to try and stay positive.

“We appreciate the love and support when it comes to making sure people behave respectfully at the airport,” Nelson said. “You know, fly in with good energy and attitude.”

Justin Bieber has not approved H&M's sale of his goods

Ambulance workers strike: Patients have to hail taxis to get to the emergency room