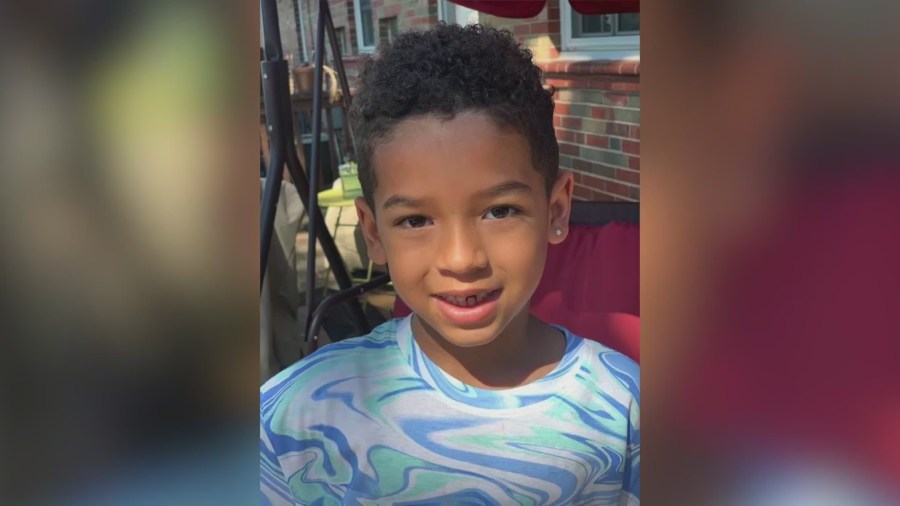 The school paid special tribute to TJ at a football game by giving his parents flowers, a special helmet signed by the entire team, and a brick with his name in the school’s memorial pavilion.

The emotional moment was another reminder of why fighting to be held accountable for his death is so important for TJ’s parents.

“It’s very frustrating not knowing what happened to your child at 11 weeks, or how it happened, or why it happened,” Olga said.

The family continues TJ’s legacy with a $40 million lawsuit, working with lawmakers to make summer camps safer, and helping kids at the school he loved so much.

“He recently became part of the gifted and talented program and has had a very bright future. He was a very smart boy,” said Dr. Tina Been, Principal of Mesnier Primary School.

TJ’s family will be holding a fundraiser at a bowling alley on November 6th to raise money for a memorial bench at the St. Louis Zoo because TJ loved animals.

His family hopes the bank will keep a living piece of him in one of his favorite places that he will remember forever.

The fundraiser will be held at Shrewsbury Lanes at 7202 Weil Avenue in St. Louis from 2pm to 4pm.

Never do this when hiring a pet sitter, experts say - Best Life

Kent: Thieves run over Cockapoo after trying to rob owner