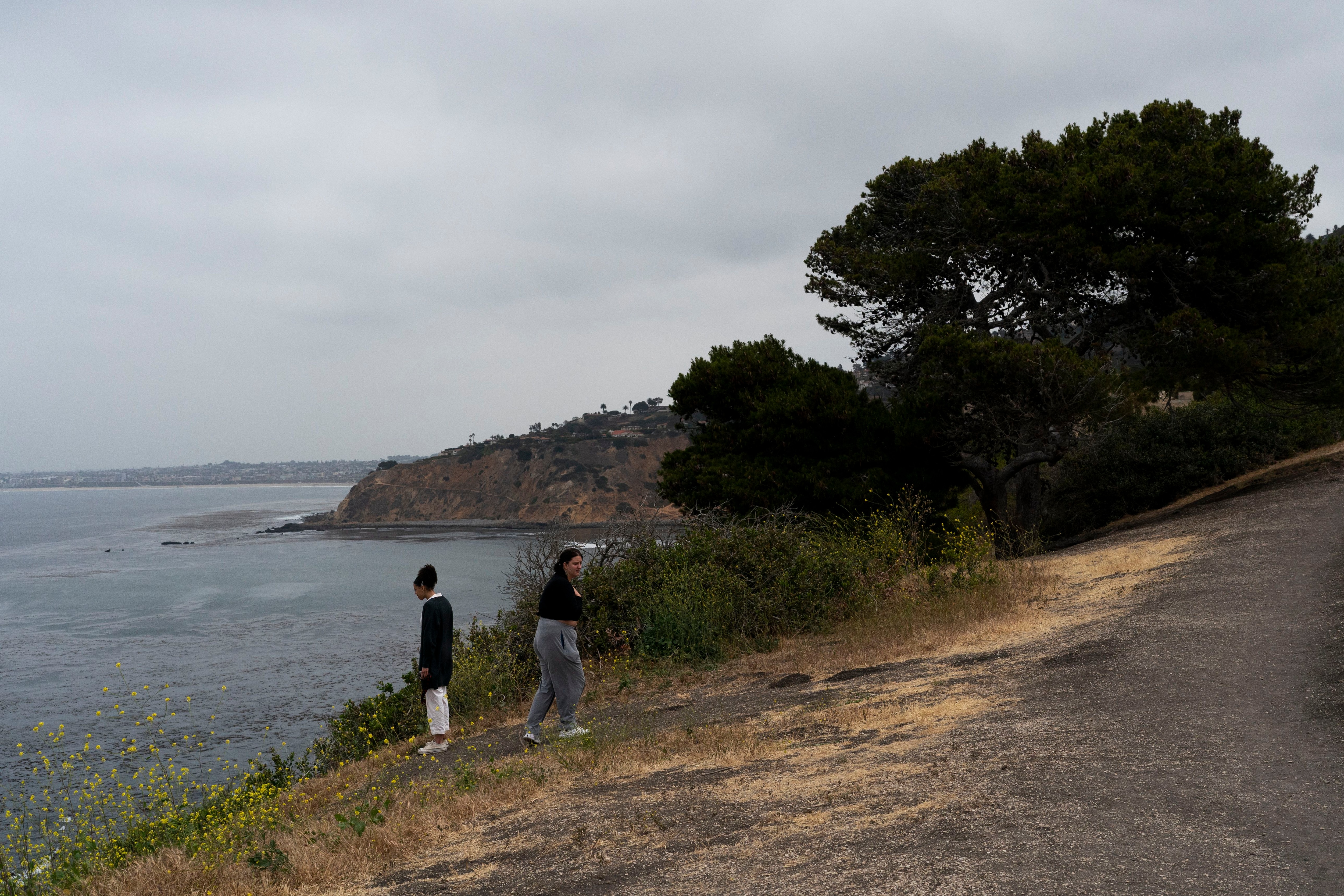 The fourth person, a man who suffered minor injuries, managed to climb back up off the beach around 4:30 a.m. and alert a passing officer, said Captain Steve Barber of the Palos Verdes Estates Police Department.

A 25-year-old Los Angeles man died at the scene, Barber said. Two women were flown off the beach and taken to hospital in critical condition, he said.

TV news helicopters showed a Los Angeles County Fire Department helicopter hoisting one of the victims to an emergency vehicle at the top of the cliff.

Police were investigating the incident as an accident, Barber said.

“It’s a miracle,” his mother Irma told the news channel.

Her son told her the four friends went to the cliffs on Sunday night to hike and hang out. She said that when one of the women tried to relieve herself in the dark, she slipped and fell. The other three sat on the edge trying to find her in the dark and also slipped.

Palos Verdes Estates is located on the Palos Verdes Peninsula at the southern end of Los Angeles County. A path runs along the cliffs about 91 meters above the Pacific Ocean.

There have been several accidents in the area over the years, Barber said, and a few suicides.

“At this point there is no indication that it was anything other than an accident,” he said.

Missouri teen who died of cancer was not honored at junior high graduation, family says

Everything you need to know about the last episode