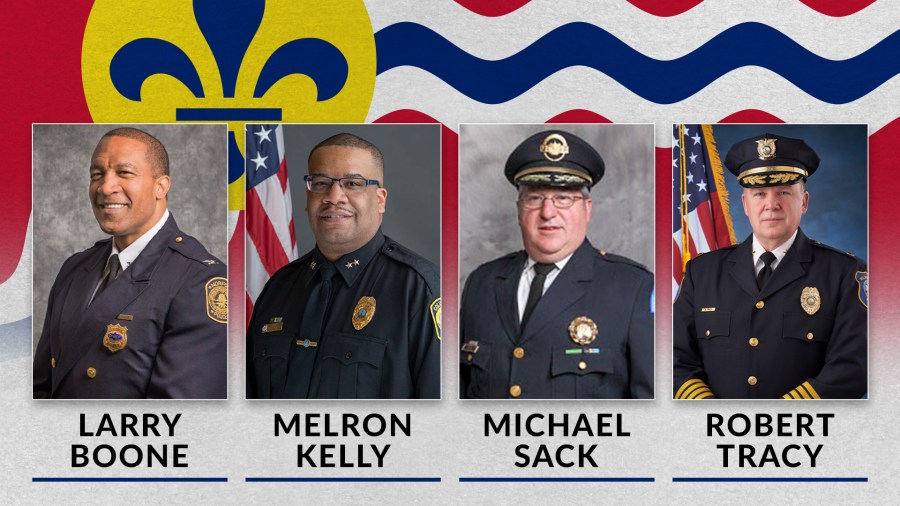 ST. LOUIS – The city of St. Louis has identified the four finalists as the city’s next police chief.

The announcement comes the day before a town hall meeting, where the public can meet the candidates and ask questions.


“By including St. Louisans in the selection process, we are bringing the public back into public safety,” Mayor Tishaura Jones said. “I look forward to hearing more from each of the finalists about their vision to make St. Louis safe for our families and visitors.”

Town Hall will be held at 6 p.m. at Vashon High School at 3035 Cass Avenue. The questions are based on feedback submitted through the city’s website.

Both of the city’s local police unions, the St. Louis Police Officers Association and the Ethical Society of Police, have criticized the process that led to the four finalists.

While we are encouraged that the process is coming to an end and SLMPD officials will have stability in the chief’s office, the process itself has been very confusing and not transparent to say the least. The SLPOA, along with the rest of St. Louis City and the region, would like to know which candidates are being considered so they can at least verify their credentials before the list gets that far.

Jay Schroeder, President of the SLPOA

ESOP’s friends in the community come to us with the same question regarding the search for the SLMPD chief – where was the transparency in the process?

The Chief of Police has great influence over the citizens who live in the city as well as business owners. Why isn’t the public informed about the candidates earlier so that they can do their own research? Why was this long process so secret?

City Hall is finally a way for the public to get involved. We are calling on residents of the city of St. Louis to participate.

If you don’t help with the resolution, you will be made an excuse for the process to continue behind closed doors.

This town hall is a start, but the public needs more transparency at every step until the boss is elected. Let’s show them that the citizens of St. Louis want and deserve a stake!

Witness says Shoreham Airshow looked like something out of Hollywood