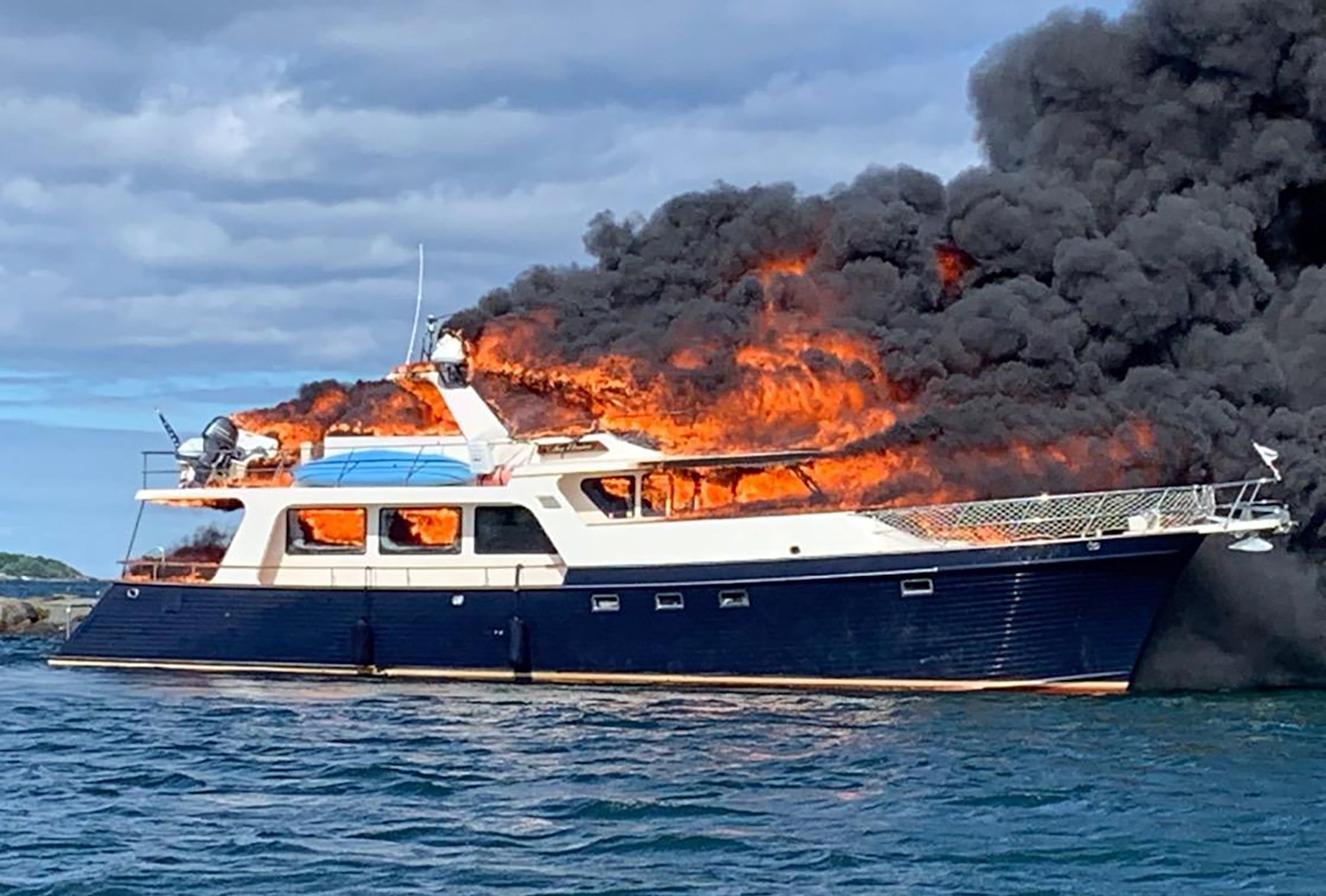 The ship, the Elusive, was on the Piscataqua River bound for a marina in New Castle around 4 p.m. Saturday when a passenger noticed black smoke below decks, the New Hampshire Department of Safety said in a statement.

The Coast Guard and Marine Patrol of the New Hampshire State Police photos posted of flames and thick black smoke pouring out of the ship.

Three passengers and two dogs jumped overboard as the boat burst into flames. They were rescued by other boats.

The passengers, identified as Arthur Watson, 67, and Diane Watson, 57, both of New Canaan, Connecticut, and Jarrod Tubbs, 33, of Jupiter, Fla., were taken to a hospital, treated and released.

Despite efforts to rescue the yacht, she drifted into Maine waters and eventually sank about two hours after the first distress call, authorities said.

The cause of the fire is being investigated.