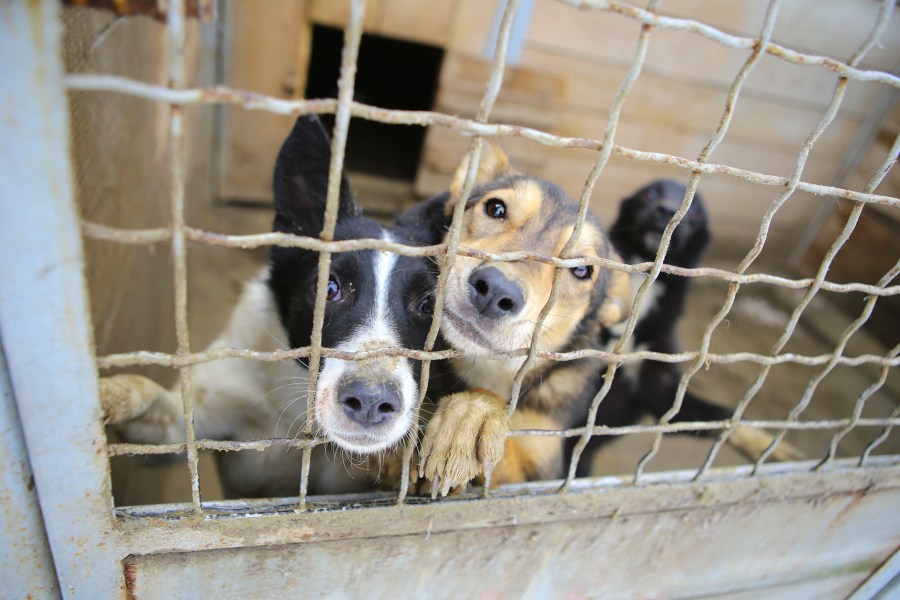 The Animal Cruelty Task Force of the Humane Society of Missouri conducted two rescues in Pettis County and one in New Madrid County on Thursday.

A rescue in Pettis County led the task force to eight dogs and eight cats. Residents at the property were recently arrested on suspicion of animal neglect. The task force says many of the dogs were dirty. Six of the cats were housed in a mobile home with no ventilation and had been exposed to dangerously hot temperatures.

Another rescue in Pettis County led the task force to five dogs. One was severely emaciated and all five were considered dangerously malnourished. In New Madrid County, an officer rescued an emaciated dog from inhumane conditions.


“The appalling conditions these poor animals have endured, especially in this sweltering heat, are deplorable and inexcusable,” said HSMO President Kathy Warnick. “The welfare and rehabilitation of animals in need remains our top priority and we are very grateful for our partnerships with local law enforcement agencies, which allow us to give such animals a second chance at a better future.”

All animals were taken to HSMO headquarters in St. Louis City for veterinary care and rehabilitation. A disposition hearing for the New Madrid case is scheduled for July 11, and hearings for the two Pettis County cases are scheduled sometime in
next 30 days.

To report an animal that may be in danger or being neglected or abused, call your nearest law enforcement agency and the Humane Society of Missouri Animal Cruelty Hotline at 314-647-4400.

The bird flu outbreak is waning, but the virus threat remains