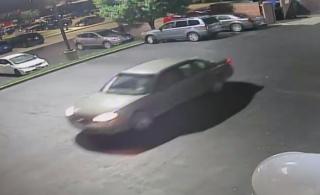 Ivan Marshall was shot dead in the 400 block of Regency Park around 10 p.m. He was taken to St Elizabeth’s Hospital where he succumbed to his injuries.


Police said the suspect exited the area “in an earlier model four-door, light gold or tan sedan that is missing the hubcap on the passenger side.”