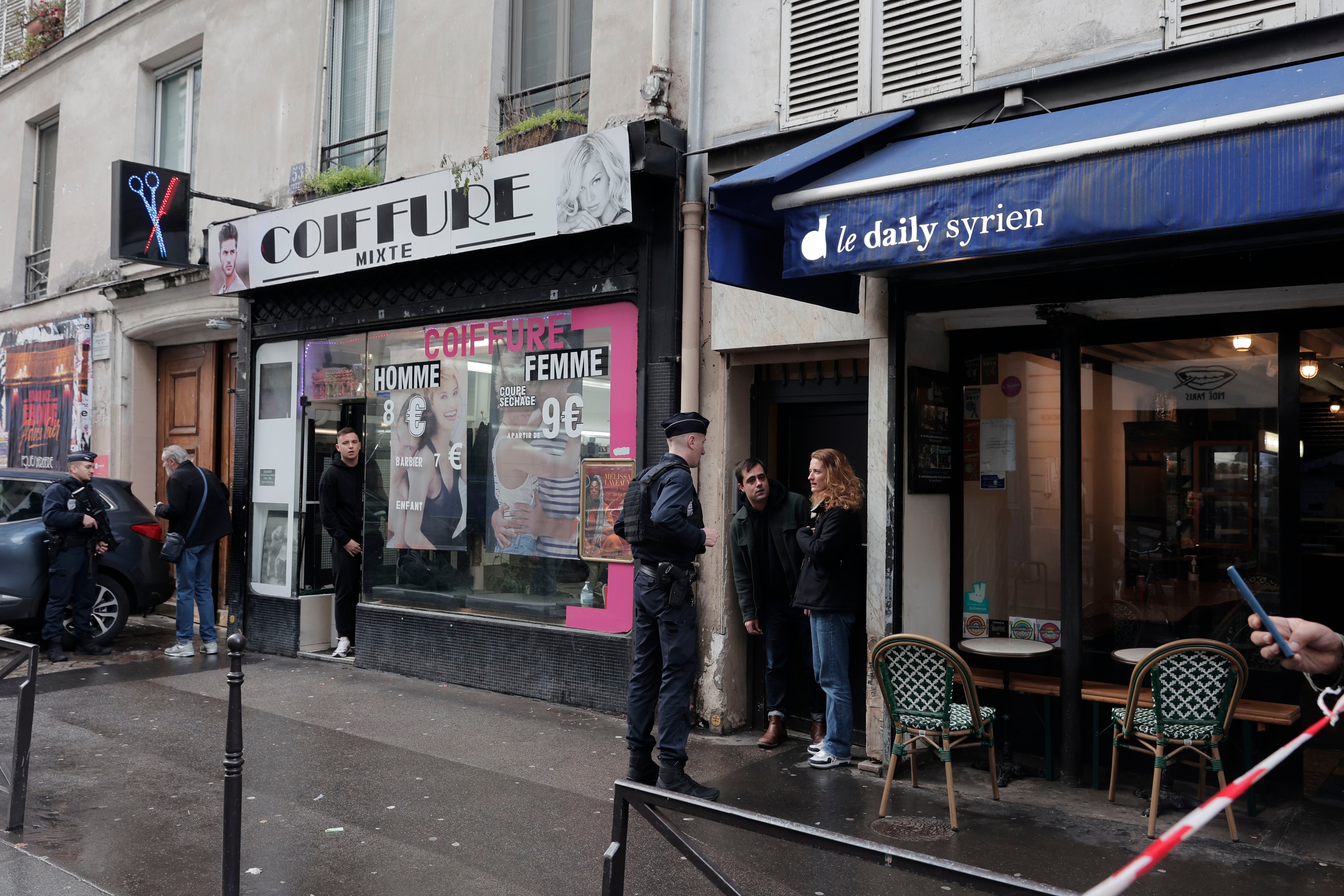 PARIS – Two people were killed and four others wounded in a shootout at a Kurdish cultural center in Paris on Friday, authorities said. A 69-year-old suspect was injured and arrested.

The reason for the shooting was not immediately clear. Paris prosecutors opened a murder investigation and worked to confirm the suspect’s identity.

Police cordoned off the area in the French capital’s 10th arrondissement on a busy street lined with shops and restaurants near the Gare de l’Est train station. Filming took place at a time when Paris is buzzing with activity ahead of the Christmas weekend.

The Paris Police Authority warned people to stay away from the area while rescue workers were at the scene.

According to the mayor of the 10th arrondissement, Alexandra Cordebard, the shooting happened at a Kurdish cultural center and a restaurant and hairdresser nearby. Speaking to reporters at the scene, she said the “real motivation” for the shooting was unclear.

As she spoke, a crowd nearby chanted “Erdogan, Terrorist” – in reference to Turkish President Recep Tayyip Erdoğan – and “Turkish State, Assassin”.

The attacker was also wounded and is in the hospital, Cordebard said.

Prosecutors said two of the four injured were in critical condition.

Counter-terrorism prosecutors are in contact with investigators but have given no indication of a terrorist motive at this time. France was hit by a series of deadly attacks by Islamist extremists in 2015-2016 and remains on alert for terrorist violence.

Nicolas Vaux-Montagny contributed to this report from Lyon.

who is the killer Knives Out 2 ending explained

The Leaning Tower of Pisa has moved up 1.6 inches in 20 years