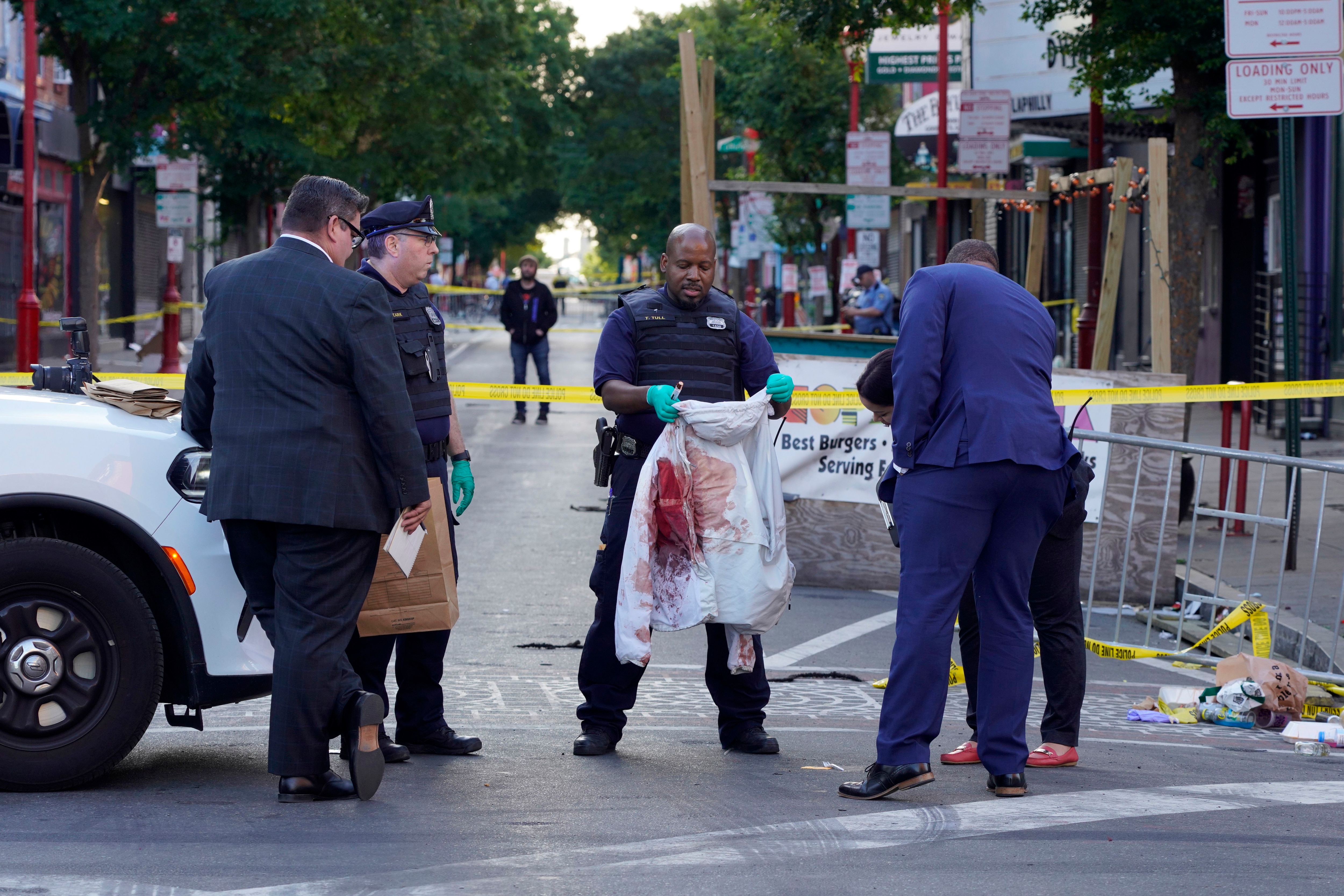 PHILADELPHIA – Two men face murder charges and were arrested in Virginia over the deaths of two bystanders in last weekend’s shooting in a busy Philadelphia entertainment district, officials said Thursday.

The men will be extradited to face charges in Philadelphia and not given bail in Saturday night’s South Street shooting, city officials said at a news conference.

A total of three people died. Two of the people killed were bystanders, the authorities said.

Joanne Pescatore, chief of homicide for the Philadelphia Attorney’s Office, said that according to surveillance video, the two men, who are friends and fled to Virginia together, fired indiscriminately into the crowd when they heard gunfire down the block. It did not appear that the men and the victims knew each other.

“It seems they had guns, took them out and just fired indiscriminately,” Pescatore said.

Authorities had previously announced two arrests that were not related to any of the deaths.