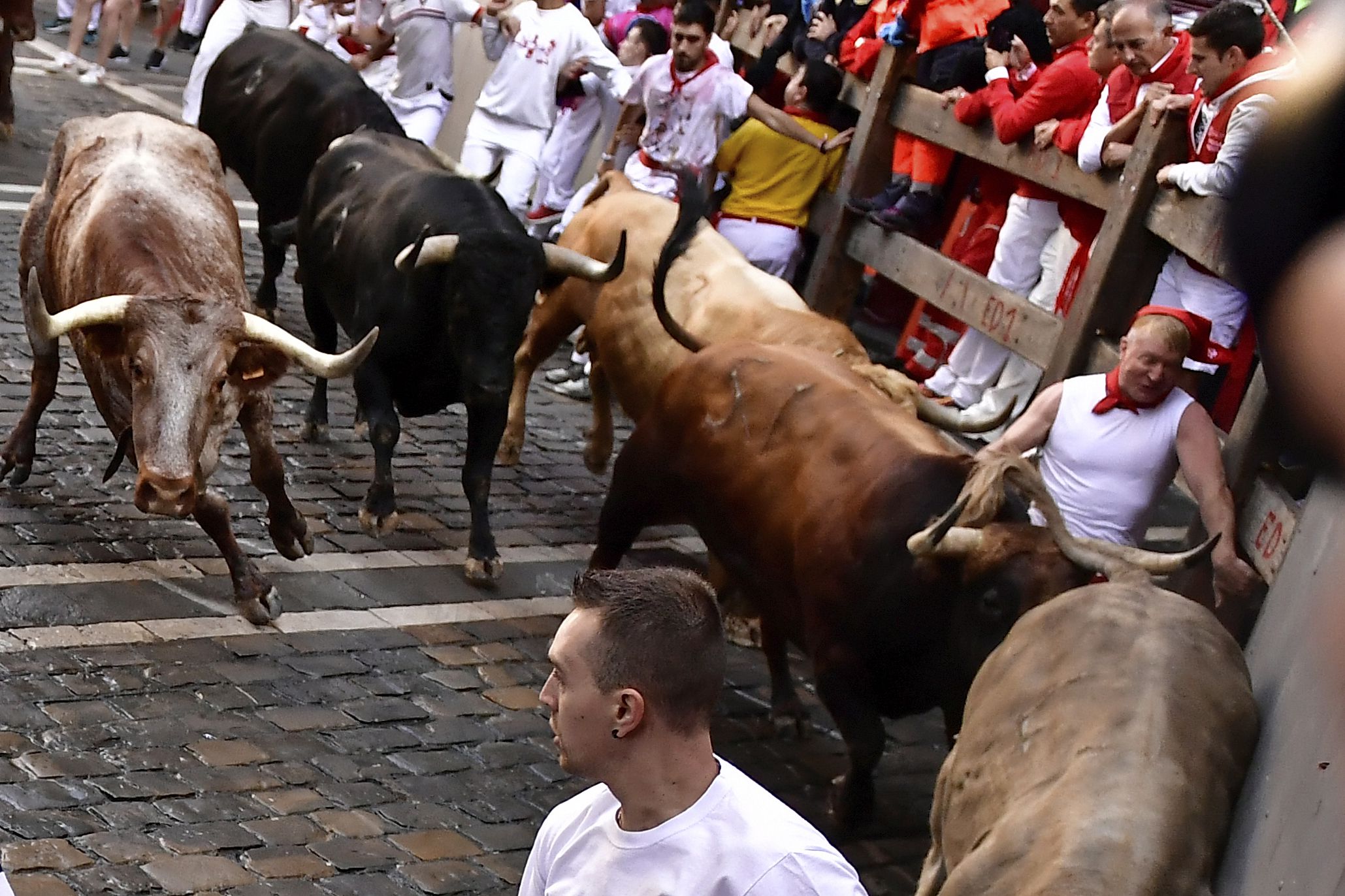 PAMPLONA – The first bull run in three years at the San Fermín Festival in the Spanish city of Pamplona took place early Thursday. No one was impaled, but several runners suffered bumps and hard falls.

The six bulls, led by six tame oxen, stormed through Pamplona’s streets in about 2 minutes and 35 seconds, without provoking too much carnage among the thousands of people who crowded the course. Several runners were kicked, trampled, or knocked on the cobblestones, but none were gored by a bull’s horn.

Pamplona hospital said five people had to be taken for treatment: a man for a hit to the head from a fall, a second man with a leg injury, a youth under 18 with an arm injury and two other people injured in the bullring , where the course ends.

This was the first of eight early morning bull runs, followed by heavy drinking, eating and attending cultural events for the rest of the day.

Eight people were impaled during the last festival in 2019 before the pandemic. Sixteen people have died in the bull races since 1910. The last death occurred in 2009.

The bulls that run every morning are killed in bullfights by professional bullfighters in the afternoon.

The incredibly popular festivities, which draw tens of thousands of visitors from around the world, have been canceled in 2020 and 2021 due to the pandemic.