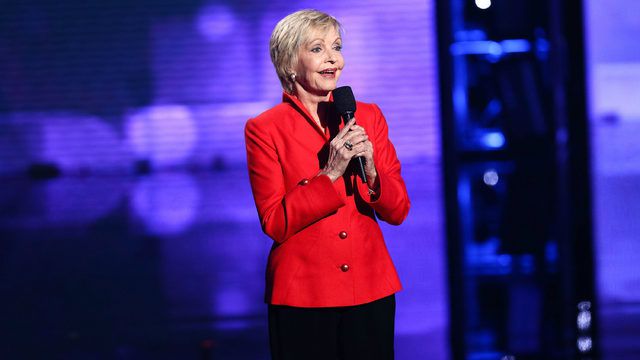 We all love our own moms, but there’s something special about being greeted by our favorite TV moms every week.

In the early days of television, moms were perfect and showed audiences that you can have wonderful kids, a husband who adores you, and still make the best pot roast in town. But as TV shows changed over the years, so did the moms running the households.

We were introduced to mothers who make mistakes, are genuinely hilarious and sometimes care more about themselves than the kids. The moms looked a lot more like the moms we know and love back home, rather than just a caricature of what a mom “should” be.

With that in mind, we’ve compiled a list of some of the most iconic TV moms to be seen on our TVs. Not all of these moms are great moms, but they have redefined the way we’ve watched motherhood on the small screen.

Nobody comes close to being the matriarch of the Huxtable household. Clair had it all: a fun and loving husband and an amazing career. Seriously, how many TV moms back then were working full-time — let alone a lawyer — and had a family that adored them? Despite everything that happened to the show’s creator, The Cosby Show still stands as one of the best family sitcoms of all time. It also helped that Phylicia played Rashad Clair with equal parts warmth and ferocity. We salute you, Clair Huxtable.

Bringing two families into one is no easy feat, but Carol Brady made it look easy (well, she had a little help from Alice). The Brady Bunch has given the world so many memorable moments, and it was all glued together thanks to Florence Henderson’s Carol Brady.

Until Lorelai Gilmore showed up on our television screens with her smart and witty daughter, Rory, television had never seen a show starring a single mom trying to figure out this thing called life. Gilmore Girls is a popular show for so many fans, and a lot of it comes from the amazing character Lorelai. Just like her daughter, she’s witty and perceptive, but she’s also vulnerable and not afraid to make a mistake, which is incredibly understandable. Long live Stars Hallow!

When most housewives on TV shows were stiff, decent, and always available to help their husbands and kids, Married…With Children’s Peggy Bundy was the complete opposite, and that’s why so many fans of the show loved her. Peg was rude, gross, lazy, and a little bit selfish, but that’s what made her so lovable and iconic all these years later. Bonus points for the best hair too.

Fans of FOX’s Bob’s Burgers know how incredible and hilarious Linda Belcher is, but for those who haven’t seen the animated series, let us enlighten you. Linda’s whole life revolves around the burger joint she and her husband run with their funny kids Tina, Gene and Louise. Linda is fiercely protective of her family, but she’s also a free spirit who invents random songs that don’t make sense and lovingly annoys her family to no end. When it comes to animated moms, Linda is one of the best.

It takes a special kind of woman to handle Tony Soprano, and Carmela Soprano did it all with style and grace. While Carmela rarely spoke about her husband’s role in the mafia, you could tell she was waging an inner battle between good and evil. Actress Edie Falco played Carmela with such love and passion that she was so much more than a crime boss’ wife. In a way, Carmela was the original “Real Housewife of New Jersey” before the show even existed.

When it comes to TV moms royally screwing up all the time and putting their kids’ lives on the line, Weeds’ Nancy Botwin takes the cake. When “Weeds” begins, Nancy is a widowed suburban mom who decides to sell marijuana to the neighborhood dads, but once Nancy gets a taste of big bucks, there’s no going back. Nancy, played by the brilliant Mary-Louise Parker, has always planned to keep dinner on the table for her two boys, but she learns that too much power can be too much of a good thing.

It’s easy to forget that Selina Meyer, the first female Vice President of the United States, is a mom on HBO’s “Veep,” and we honestly think she’s forgetting that, too. Selina has only one daughter, Catherine, and she never has time for her because she is too busy running for president and taking care of her dysfunctional co-workers. Selina is probably one of the worst moms on this list, but she’s played so perfectly by Julia Louis-Dreyfus that Selina’s narcissism is charming and funny. Plus, no other mom on this list can brag about working in the Oval Office.

If Carmela Soprano gets an award for dealing with her gangster husband, Edith Bunker should get an even bigger award for her marriage to Archie Bunker. Despite Archie being incredibly rude and hot-tempered throughout the All in the Family series, Edith was the only person who was able to calm down and talk to her husband. Jean Stapleton played Edith with so much love and warmth, and who can forget the show’s iconic opening with Edith and Archie singing and playing the piano? Such a classic.

Black-ish’s Rainbow Johnson brings a breath of fresh air to modern day moms on TV. Rainbow is practically a modern day version of Clair Huxtable from The Cosby Show, but watching Rainbow reflect on what it means to be an African American mother in this moment is amazing to watch. “Black-ish” has never been shy about engaging in awkward or painful conversation, and Tracee Ellis Ross plays the role with so much heart and soul.

No other mom on the list has rocked the same hairstyle in the last 30 years, and we applaud you for that, Marge Simpson. Being the voice of reason for the Simpson family is a tough job, but when Homer and Bart live together under the same roof, someone has to do it. Marge is easily one of the most iconic TV moms of all time, and we hope she’s not going anywhere anytime soon.

If we gave an award for TV mom with the best laugh, Kitty Forman would win the award. Kitty hails from That ’70s Show and is just happy to be surrounded by her kids and her friends, even if they secretly make fun of her. And just like any 1970s mom, she loved a glass (or two) of wine.

We’ve considered adding Daenerys Targaryen, aka the Mother of Dragons from Game of Thrones, to this list, but if a mother from the HBO smash series should be included on this list, Lady Catelyn Stark should be be. When war breaks out in Westeros, where “Game of Thrones” is set, Catelyn will do whatever it takes to reunite her five children.

When we met the moms on this list, they were already moms, which is why Mindy Lahiri from The Mindy Project is included. Lahiri is basically the alter ego of the show’s creator, Mindy Kaling, and viewers of the show got to see Mindy grow from being a hot chaos express drunk riding his bike into a swimming pool to a semi-functioning single mother of baby Leo became. Mindy lives the ultimate TV rom-com fantasy and we love her.

All of the moms on our list were fictional characters, but reality TV is a big part of the television landscape, so we had to include Real Housewife at least once. And who better than Teresa Giudice, one of the original cast members of “The Real Housewives of New Jersey,” and resident table flipper at dinner parties? Giudice may have ended up in the clinker herself, but her storyline for much of the show was her four daughters running the household. Giudice might not be the best mom out there, but there’s no doubt she loves her daughters, even the hilarious and difficult Melania (who once called her dad an “old troll”).

Did we miss one of your favorite TV moms? Let us know in the comments below.

This story was first published in 2019. Since then it has been updated.

https://www.local10.com/entertainment/2020/04/30/16-of-the-most-iconic-tv-moms-who-ever-graced-our-television-sets/ 16 Of The Most Iconic TV Moms To Ever Grace Our TVs

Doctor Strange in the Multiverse of Madness: 2 Post-Credits Scenes Explained