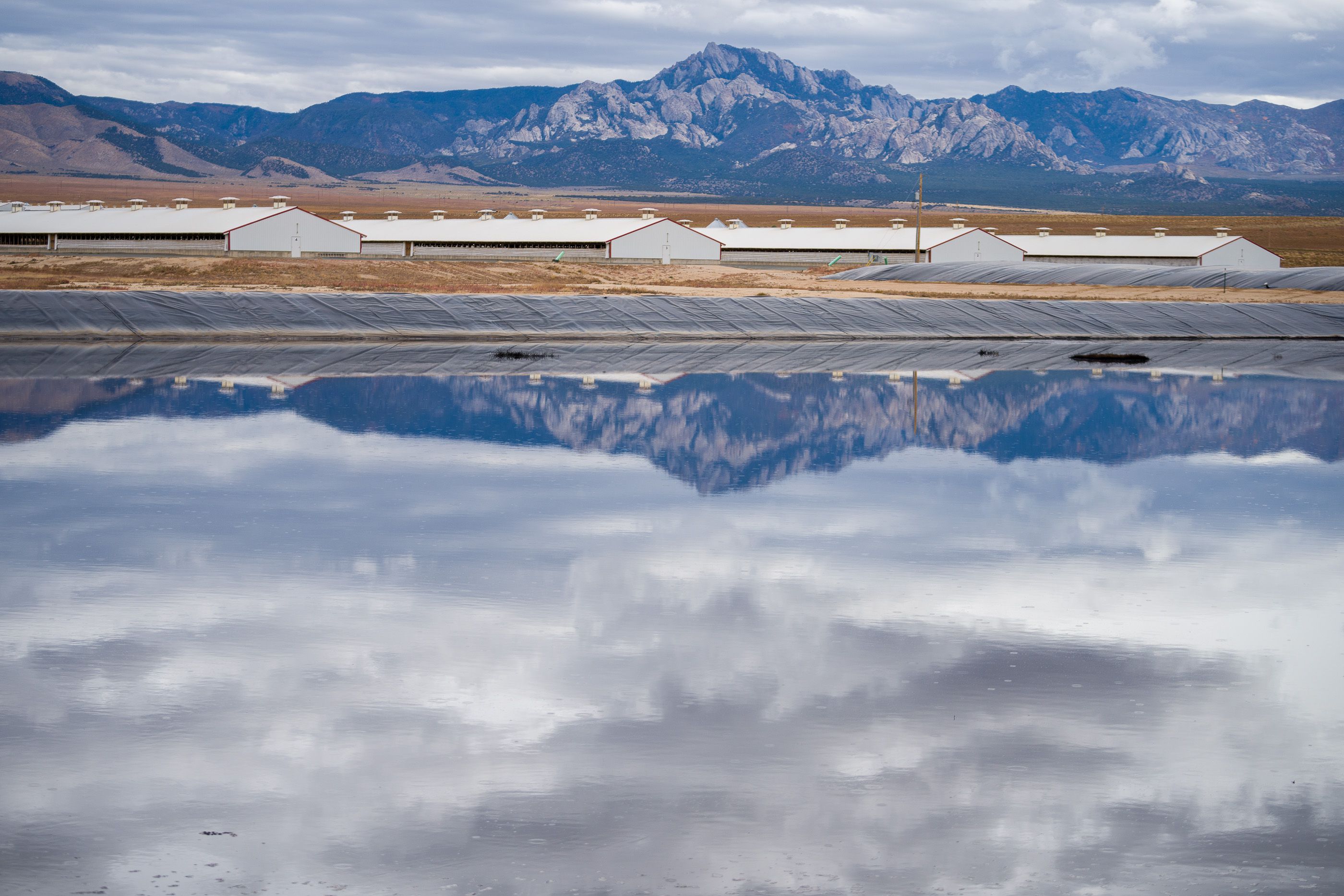 Jobs at Smithfield – the largest employer in Beaver County – have brought families to west-central Utah. They have increased enrollment in county schools and supported job creation in the school district and elsewhere. In some two-income households, Davis said, both workers are Smithfield employees.

“My family was able to return to Beaver County 15 years ago because I was hired by Smithfield Foods,” Robinson said, “so I have deep sympathy for these co-workers, their families, contractors, contract growers, their families, all the companies involved, our partners in the school district. … I think I understand the feeling of not knowing exactly what’s going to happen.”

Smithfield blames the cost of doing business in California, where it will close the facility that processes Utah hogs. So that’s where county and state leaders begin their fight to keep Smithfield’s manufacturing going here — by proposing that Utah find a way to build a major hog processing plant somewhere in the state.

The idea is in its early stages, said Craig W. Buttars, commissioner of the Utah Department of Agriculture and Food. But there is potential state and federal funding for such a project under President Joe Biden’s Build Back Better plan, which aims to improve U.S. infrastructure and the workforce, Buttars said.

Davis, Buttars, representatives from the Governor’s Office of Economic Opportunities (Go Utah) and others plan to meet Tuesday at the Utah Capitol to discuss the proposal.

After shortages during the COVID-19 pandemic, one of Biden’s goals is to strengthen supply chains. And the situation with Smithfield Foods underscores the importance of “local food production and processing as much as possible,” Buttars said.

Smithfield Foods said it will move some operations to Midwest plants. But, Buttars said, “it doesn’t really make much sense for us to raise hogs here and send them back to the Midwest … for processing.”

The existing meatpacking plants in Utah are too small to replace the plant in Vernon, California, which Smithfield Foods says it plans to close next year. In theory, reduced transportation costs could tempt Smithfield to keep production here.

On Friday, the Beaver County Commission declared a “state of economic emergency” and called on “all local, state and national governments and organizations to assist the county in providing resources” to keep the Smithfield farms open.

“We’re just trying to avert this and move forward,” Commission Chairman Mark Whitney said, adding later, “We will do everything we can to protect our citizens.”

The hog harvesting and processing operations at the California facility employ about 1,800 people, Smithfield Foods said in a news release, and it will close in February. Operating costs at the Vernon plant alone, about 4 miles south of Los Angeles, are 3.5 times higher than other states where Smithfield operates, Jim Monroe, vice president of corporate affairs, told ABC News. Taxes are also higher in California, he said.

“It was out of our control,” Whitney said Friday. “They’re weirdos out there, and we have no say in what’s going on in California,” referring to the higher costs.

Smithfield Foods has about 450 employees in Beaver County, the company confirmed. Businesses in the county reported total employment of 1,792 in the 2020 census, which gave a total population of about 6,600.

During Friday’s commission meeting, speakers estimated that about 250 Utah workers would lose their jobs. Monroe told The Tribune Monday that the company plans to reduce production — but not close its Utah operations — and said it hasn’t set a figure for the upcoming layoffs.

“It’s premature to give a number as we’re working on details,” Monroe said. And there will be no immediate announcement of the number of layoffs, he added. “This is a transition that will take place over six months,” Monroe said.

The Beaver County School District is already trying to gauge how the layoffs will affect its enrollment. “Oh, I’ve been doing math all weekend,” Superintendent David Long said Monday.

Losing students would mean losing teachers and other staff, and possibly programs. The district currently has about 300 employees, making it one of a small group of employers that is the second-largest in the county according to state estimates.

About 80 of its employees are teachers. If the Beaver District loses 200 to 400 students, “we expect to lose 6 to 11 teachers across the district,” Long said.

The district currently has a student-to-teacher ratio of about 23 to 1, he said, “and as we’re losing teachers, we’re going to try to stay as close to that as possible.” He doesn’t anticipate any immediate layoffs. “We’re going to need most of next year to see how that plays out,” Long said.

“And where we would lose them would also be crucial,” he said. “Obviously we would expect it to be more affected in the Milford township,” where the Smithfield pig farm is located, about 22 miles north-west of Beaver, the county seat.

“Everyone involved is committed”

Smithfield has not expressed interest in building a meatpacking plant in Beaver County, speakers at Friday’s county commission meeting said, and since the area’s workforce is not large enough to employ one there, it would have to be built elsewhere in the center become Utah.

The feasibility of such a project depends on many practical factors, such as finding a site, obtaining permits and securing access to roads, water and sewage services, Buttars said. The budget would likely be in the tens of millions, he said.

“Everyone involved is committed to moving this forward as quickly as possible,” although a year or two would be an accelerated timeframe given the size of the project, he said.

Go Utah will participate in Tuesday’s planning meeting, it said in a statement, “to explore ways the state can support impacted workers and continue to provide them with economic opportunities.”

The upcoming layoffs in Beaver County are evidence that “almost anything is considered available to Smithfield, including their own employees,” said Jeremy Beckham, board member of the Utah Animal Rights Coalition, a grassroots animal rights organization based in Salt Lake City.

“Whether it’s the environment, the animals, or their own employees, they’re all ready and willing to sacrifice it for profit,” Beckham said. The state should find a way for the people of rural Utah to make a living without depending on agribusiness giants like Smithfield, he added, who “are not even based in this country.”

Based in Virginia, Smithfield Foods operates more than 500 farms and factories in the United States, Mexico, Romania and Poland. Smithfield is a subsidiary of WH Group, a Chinese company headquartered in Hong Kong.

Smithfield Foods has defended its farms. After the alleged theft in 2017, a company spokeswoman told the New York Times, Smithfield invited an inspection by the Utah state veterinarian and a livestock expert, who found no “animal abuse.”

https://www.sltrib.com/news/2022/06/14/employees-this-utah/ 1 in 4 employees in this Utah county works for a company – and jobs are being cut

Renting vs. owning: The difference is "higher than at any time since the turn of the century"

Man seriously injured after being mauled by shark off WA