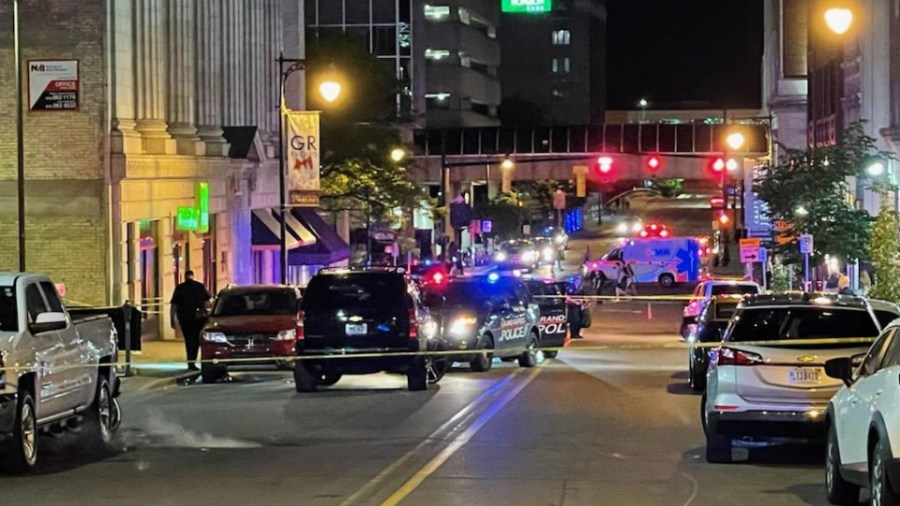 GRAND RAPIDS, Mich. (WOOD) – One man was killed and three others wounded in a shooting in downtown Grand Rapids early Sunday, police said.

It happened around 12:15 a.m. along Pearl Street NW between Monroe and Ottawa Avenues.

The Grand Rapids Police Department says a man died at the scene. His name was not immediately released until the family was notified.

Three other men were taken to hospitals with non-life-threatening injuries.

An initial release from GRPD did not say what led to the shooting.